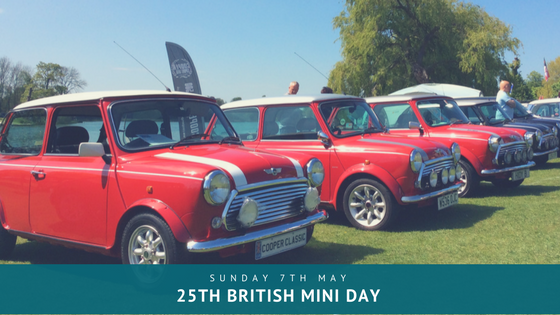 It was a beautiful warm sunny day that saw hundreds of people flock to the British Mini Day at Himley Hall and Park.

Organised by our club partners, The British Mini Club, the day was one of five events that the club put on throughout the year, with the next event taking place on the 25th June for their Mini and VW Bus Meet.

On the day there was a variety of activities and features that kept visitors engaged. One of these was the Trade and Mini Jumble that attracted all the top UK Mini traders; a perfect place for enthusiasts to pick up parts, clothing and collectables.

Set up in the Trade and Mini Jumble, we were proud to take part in celebrating the British Mini Club’s 25th anniversary of the event, where our Footman James team were on site to offer advice and answer any insurance questions enthusiasts had.

The event also introduced the first round of the Premier Mini Concours, a showcase of some of the finest classic and modern Minis that turn out at the British Mini Days. A big congratulations go to Steve Moore with his Mini GP.

The Show and Shine display was a big hit; it was great to see enthusiasts show off their pride and joy without the commitment of concours judges.

Another congratulation went out to Terrance Malpass who won his own classic Mini courtesy of the Mini raffle, in which Footman James are happy to be covering the cost of the insurance for a whole year.

The British Mini Club’s own chairman David Hollis was presented with a commemorative plaque to celebrate the 25th anniversary of the club. Both were also given their own British Mini Club cake that came with three Mini Coopers on top to complete the design. 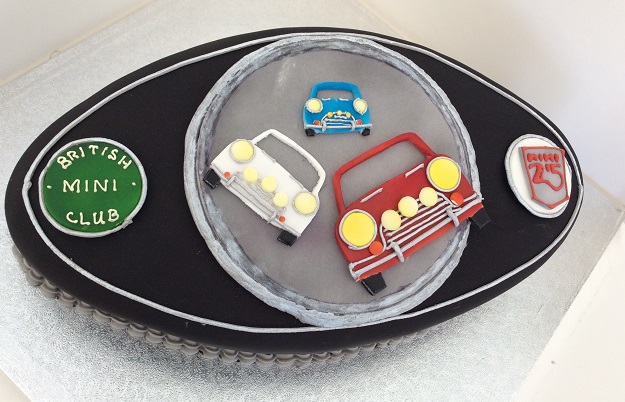 Other features on the day included club displays and Minis for sale, that attracted models from the 1960’s to present day.