Is 3D printing the future for classic car parts?

We’ve covered stockpiling classic car parts on the blog before, and the pros and cons of doing this. However, there could be a quick, easy and cost-effective way of keeping classic cars on the road when replacement parts are rare or in very short supply. It comes in the form of 3D printing.

The principles behind 3D printing date back to the 1980’s but, according to Google, internet searches about the technology have been on a steep rise since the middle of 2013 and continue to grow. Global business consultants Deloitte believes that a major factor behind its popularity is the automotive industry.

Additive printing, or 3D printing to you and me, is the action or process of building a physical object from a three-dimensional digital model, typically by laying down many thin layers of a material in succession. 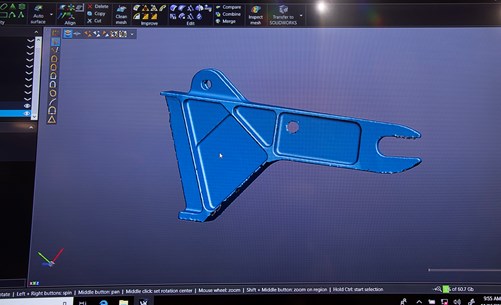 It works really well for car parts, for both old and new vehicles, as it’s a quick, easy and fairly efficient way of producing physical objects from scratch. For manufacturers launching an entirely new car they can prototype components faster than ever before, but for classic cars that have complex and rare parts it could prove a godsend.

While car parts for certain classics will always be in steady supply, those that aren’t easily found on the shelf can be bought back to life. Thanks to the manufacturing process, one-offs and low quantities of parts can be quickly realised, without the need for expensive tooling, mass production techniques or skilled machinery operators. This means costs can be kept low, and older cars could be back on the road sooner.

Last year Porsche Classic announced it would support a number of rare cars by producing nine previously out-of-production parts using 3D printing technology. These components, available from its parts catalogue, included a clutch release lever for the 959 supercar and exhaust heat exchanger brackets for the 356 B and C. Roughly 20 more parts are planned for release in the near future, showing that Porsche considers this is technology worth investing in.

However, it’s not just well-known car manufacturers who are getting in on the act, as a group of entrepreneurial French car fans have established their own company, GRYP, as a direct reaction to the prohibitive costs of keeping rare and near-extinct cars on the road. They can now produce one-off, or short run parts, for a range of classic cars and have taken the French market by storm. This is a company that simply wouldn’t exist without 3D printing.

While 3D printing might not work for all car parts, it can’t be denied the positive impact it has already made and, with 3D printing technology advancing every day, who knows what will be possible in ten years’ time.

Take a look at what 3D printing could do to keep classic cars safer thanks to new, lightweight and innovative structures installed in older cars.

Even TV shows have covering the benefits of 3D printed parts - look at this nifty ‘hack’ from Wheeler Dealers on how to fit a new part to a veteran car’s lighting system.

What do you think about 3D printing for classic cars? Is it the future for car parts? Let us know in the comments section below.