Paul Bailey has had a love affair with cars for as long as he can remember. Starting when he was just a little one, it was a passion of the family. His Dad owned a two-pump garage that offered servicing and repairs.

“I spent almost all of my free time in the garage as a child, served petrol and oil and generally tried to help. Though I’m sure I got in the way too! There were some good pre-war cars around then and I have fond memories of the Morris 10/4, there seemed to be a lot of those at the time.”

Jumping forward some years, Paul is now a teenager and passes his test in 1962. His Dad helped him to find a car that he went on to own for 3 years. But his Dad didn't know then, this was only the beginning of Paul's love affair with Rovers. “Dad fairly quickly found me a 1940 Rover 10 that was somewhat knackered but became my pride and joy for three years. I went everywhere in that car, it became my sidekick! I had to have the solid white-metal big ends repaired twice in that time as I drove with my foot flat to the floor!”

Over the next few years, Paul bought another second-hand Rover, this time a 95 which he had for some time before he made a “mad” decision and bought a very used XK140. “It cost me £350 and for a while, it was great fun. However, life got in the way and I had to sell it in the end. However, I did make nice aluminum panels for its battery boxes! These were still on it in the late eighties when I went to see it at a high-end dealer who had advertised it as low mileage, with only two previous owners!”

“Looking back, one big mistake I made was buying a fairly new Marina TC in 1976. It was awful. It had clutch shudder and I knew pretty quickly it was a bad purchase. There was nothing good about it! Luckily, I had been left some money and was able to go back to buy what I love. Rovers! I bought a Rover P5B which I still have to this day.” 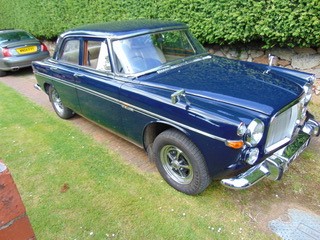 “I met my wife in the March of ’76 but she had decided to go off to South Africa. Over the summer is when I purchased the Rover P5B so when I picked her up from the airport in September, she was very chuffed and I suspect it may have helped her decision to stay in the UK with me!” 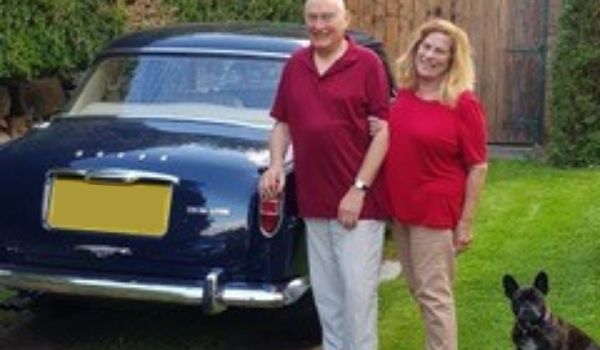 “Our wedding day was the 29th April 1977 with just two friends as witnesses. My friend Harry had a Morris Minor and we were supposed to meet him at the register office, but he phoned us at the last minute to say his fan belt had broken so we had a last-minute detour in our Rover to pick him up. It was pouring with rain when we arrived so my wife-to-be wouldn’t move from the car! An argument ensued and Harry said, “are you sure you want to go ahead?” which brought us to our senses. After we were married, we took a picture with the Rover to commemorate the day! For our honeymoon, we drove to Norfolk for a lovely weekend. No problems on any of the journeys for the Rover. The moral of the story is: Drive a Rover rather than a Morris! 44 years later and we’re still together, happily married, and we could never part with our Rover!” 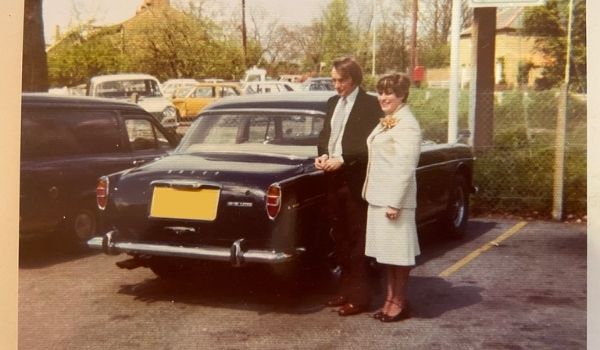 Many thanks to our client Paul for sharing his wonderful story with us.

Would you like to share your story with us? Email news.views@footmanjames.co.uk for the chance to be featured!