57 Years With a Morris Mini-Minor by David Fort

I was a young teenager when my father bought a new Morris Mini-Minor in 1961.

We had spent some time weighing up which car to buy and initially a Mini was not a strong contender. In those days Minis were viewed with a good deal of suspicion, with many people believing that such a small vehicle couldn’t be a practical proposition as a family car. Thus the front-runners to replace our 1936 Standard 10 were a Ford Pop or another Standard.

All that changed, however, when my father and I were walking through town one day and saw four soldiers climbing into a Mini; Dad reasoned that if a Mini was large enough to swallow four beefy soldiers, it was roomy enough for us. Within days, we had ordered a Mini, although it took twelve weeks for it to be delivered at a cost of £540, which included the optional heater and opening rear windows that were only fitted to Deluxe models.

Our first journey in the car was to a local railway station to watch the steam trains (like most boys of that era, I was a trainspotter) and I can still remember the thrill of seeing the speedo pass the 45mph mark as this exceeded anything that we ever reached in our Standard 10. In retrospect, I suppose that going to view steam trains in our new car was rather ironic, as earlier in 1961 Yuri Gagarin had become the first man in space, a form of transport far removed from the steam age.

The Mini served us well for the next decade until, in 1971, my father went upmarket and changed the Mini for a Sunbeam Stiletto, a car that came with a heater as standard, along with comfortable seats and twin headlamps! In my father’s ownership, the Mini hadn’t been heavily used. He had only covered 26,000 miles in ten years and rather than selling the car, Dad gave it to me as a belated wedding present. 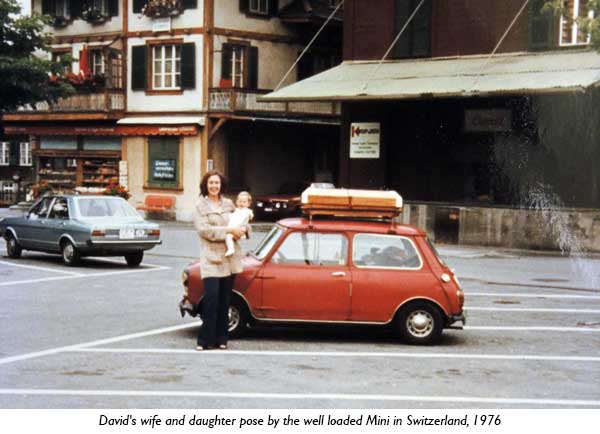 Over the next few years, I certainly piled the miles on as I drove it to all corners of Britain, as well as on Continental touring holidays. In the late '70s, however, with an expanding family of my own, the Mini was relegated to second car status and I bought a Morris Marina as our main car. However, I continued using the Mini for driving to work and for local journeys, for while congestion wasn’t so much of a problem then as it is today, it was still priceless to have a car that could be parked in the tightest of spaces. 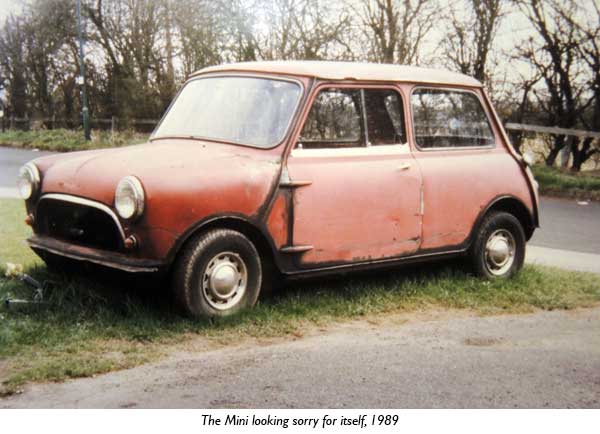 By the late '80s and with 140,000 miles travelled, the car was showing its age. I had kept the car up to scratch mechanically, but I could never garner much enthusiasm for cleaning it, so the once pristine red paintwork had faded to a dull pink colour. I took it off the road, therefore, and carried out a complete restoration that included replacing rusted wings, engine and gearbox rebuilds and a full inside and out respray in Cherry Red cellulose paint.

After such an in-depth job, I could expect a few teething problems and, sure enough, when I got the car back on the road, the fuel gauge refused to work; Sod’s Law was amply demonstrated when I ran out of petrol on the way to the car’s MoT – outside the police station on double yellow lines! 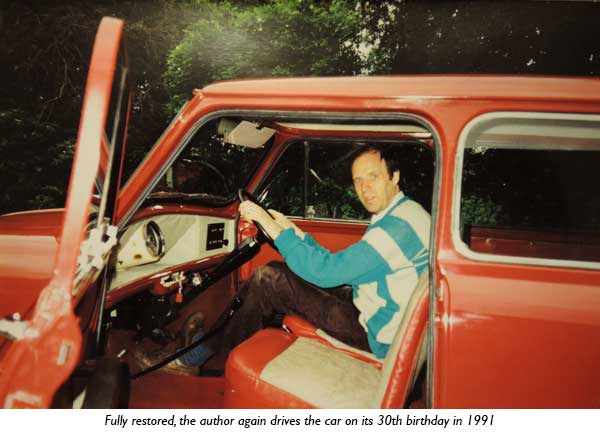 The restoration was completed in time for the car’s 30th birthday in 1991, and for the remainder of the '90s and into the new Millennium, the Mini resumed service as my daily commuting transport. I put another 77,000 miles on the clock before, in 2013 and now retired, I took the Mini off the road for a second restoration, which I completed early in 2018.

Throughout the car’s life and during both restorations, I have attempted to keep the car as original as possible, only making changes that were safety related such as the fitting of seat belts and copper brake pipes, along with a more modern brake master cylinder. Thus, the car still has its original engine, which had now powered it for 218,000 miles, with just one rebore, four or five decokes and a similar number of new clutch plates. 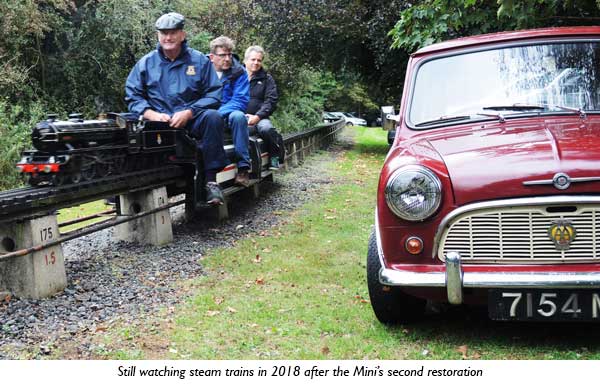 Needless to say, I have seen many changes in the motoring scene in the past half-century of running the Mini. In the 1960s, car owners expected to carry out much of their own maintenance and repairs; the Mini has a multitude of grease nipples that need to be attended to every 1000 miles, with an oil change every 3,000 miles and to this day I would never dream of going out in the car without a hefty toolbox and selection of spares. In my modern car, however, I struggle to identify many of the components under the bonnet, while filling up with fuel is a truly painful experience.

In those days, Minis were everywhere of course; now passing another Mini on the road is a comparatively rare event and is invariably accompanied by a wave and maybe a flash of lights.