A beautiful weekend at Flywheel Festival

The sun shone and a breeze blew across Bicester Heritage all weekend, ensuring a bumper turnout at Flywheel Festival of both entrants and visitors.

Located at Bicester Heritage, the two-day event was set against the backdrop of the UK’s best preserved second world war bomber station which gave onlookers the chance to see some of the best classic cars and military machines in action.

Amongst the activities across the weekend, the results of the Footman James Cup were announced, which saw 10 extraordinary entries of classic cars all competing for the title of the best classic car in the paddock. After the votes were counted, it was revealed that the stunning 1929 Bentley Birkin Blower was to be crowned the winner, (congratulations to owner Ron Warmington), closely followed by the 1934 Alfa Romeo Tipo as the runner up. The Bentley Blower is a remarkable example of the success that racing Bentleys had in the 1920’s and is 1 of 50 supercharged Bentleys that was produced. To see all entries, please click here

Over on the Footman James Stand was another vehicle from the Bentley family, a 1928 3 litre Bentley, one of the last to be made. 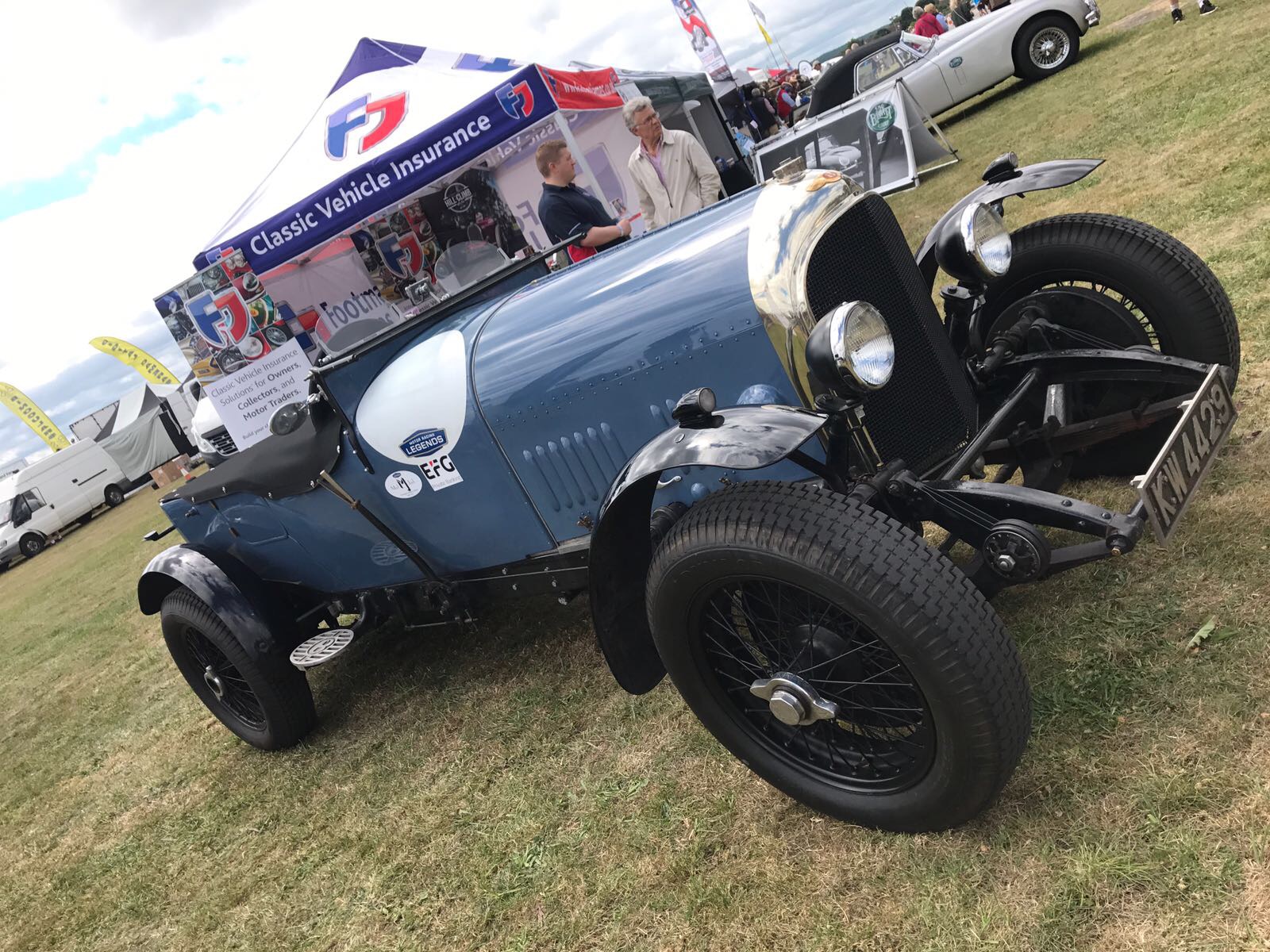 Purchased in 1945 the vehicle was used to harrow fields after the war. In 2011 the vehicle was then bought by its present owner and was subjected to a complete nut and bolt rebuild. Since completion, the car has travelled more than 15,000 miles, much of which has been on the race track where the car was a regular runner in Motor Racing Legends Pre-War sports car series.

Not only this, one lucky Footman James client also go the chance to experience Flywheel’s track in a classic Ford Mustang Shelby GT500 courtesy of U Drive Cars. He also had the pick of a Jaguar E-Type, but chose the mighty Mustang instead! It certainly turned a few heads as it revved up to the FJ stand to collect it’s lucky passenger! 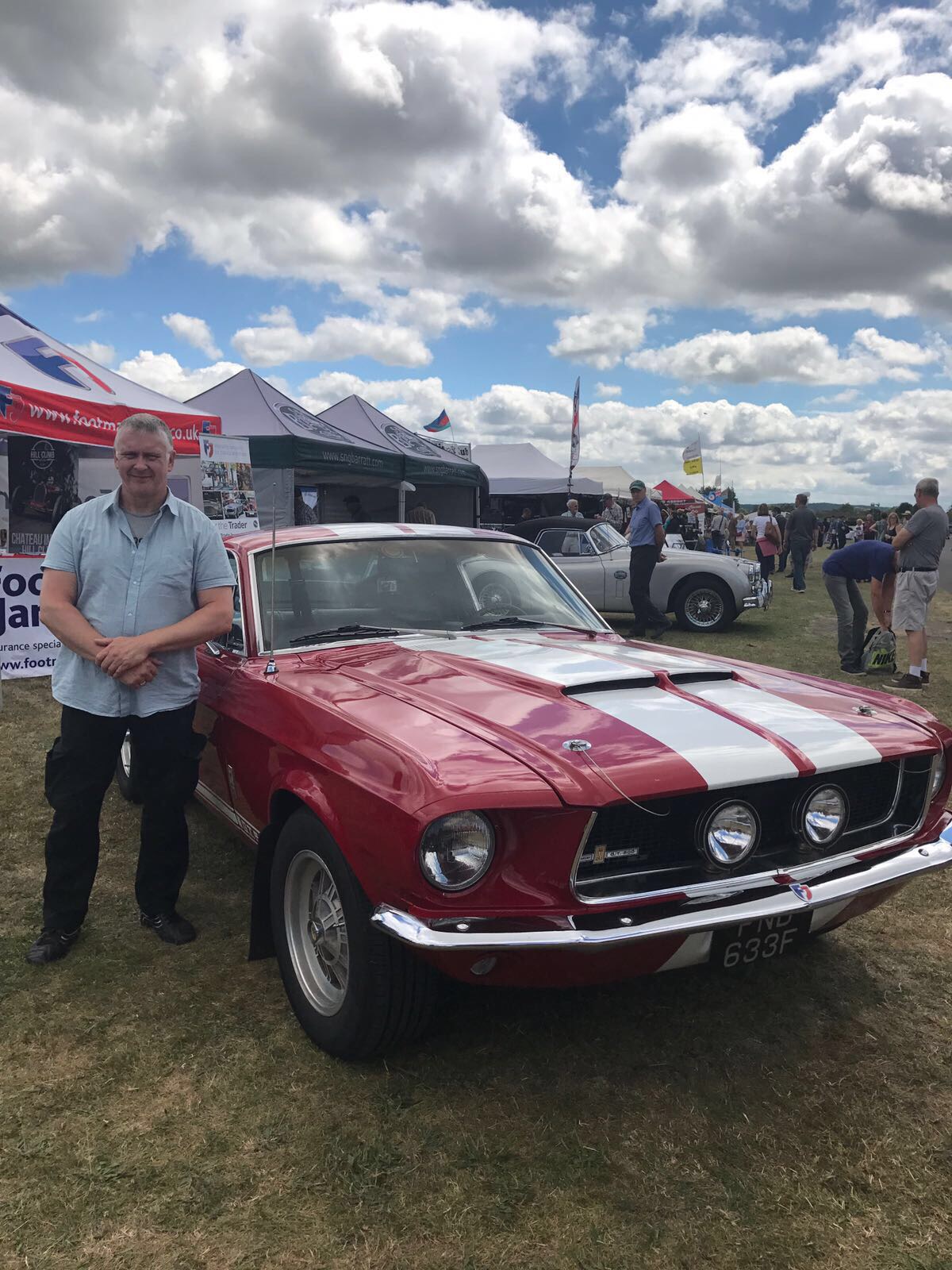 Brightwells Auction had an array of classic vehicles up for sale, which included a beautiful 1930 Delage and a rare Lamborghini Jalpa. Unfortunately, despite initial interest in both vehicles, neither of them met the reserve so went back home with the current owner. Despite this, there was a 1957 Russian surface to air rocket launcher which sold for £1800!

Away from the track and the cars there was an excellent display of aviation, with a number of planes taking to the skies to recreate a dog fight between a German Fockerwolf and the British Spitfire. Quite a sight set against the backdrop of the vintage funfair! 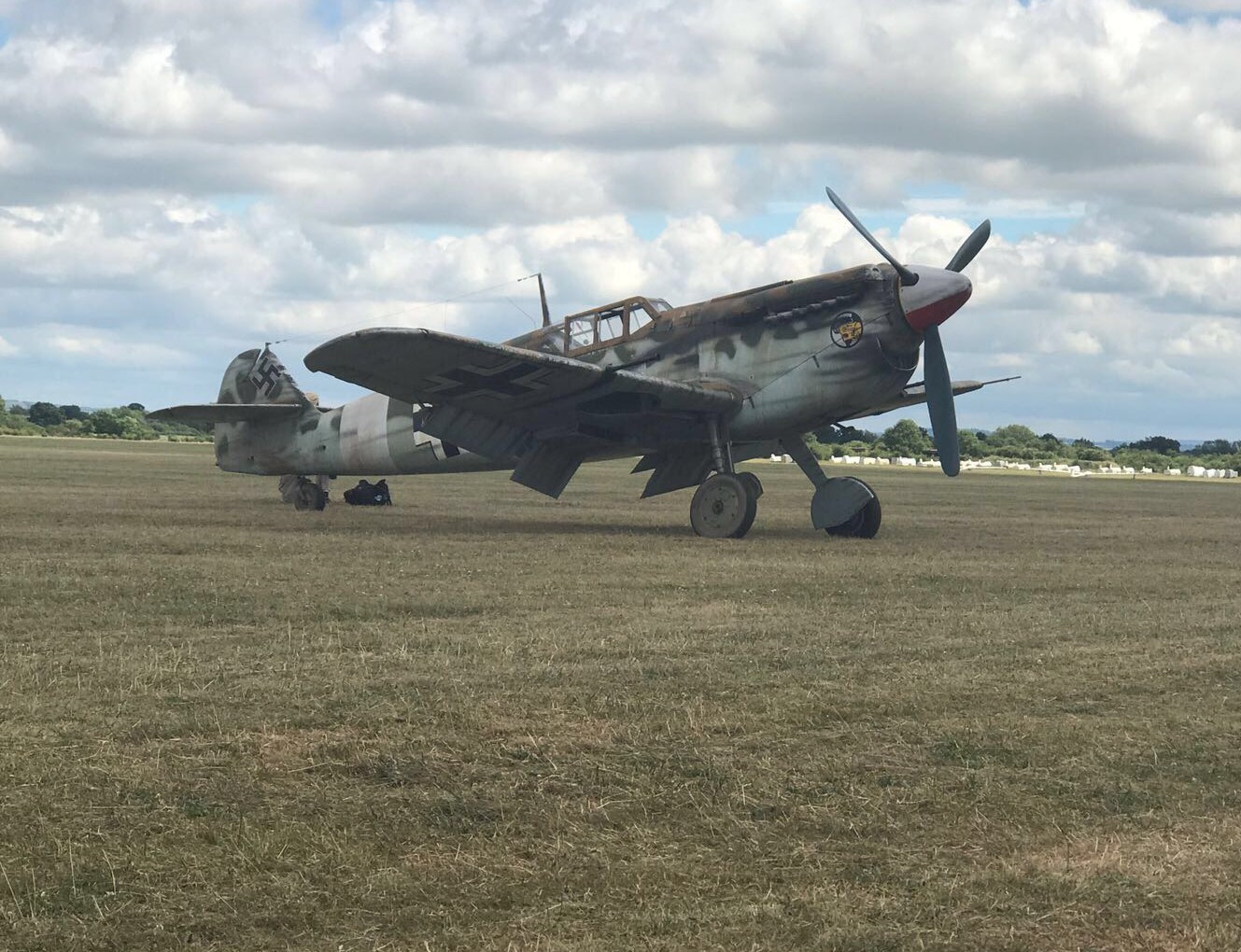 Saturday saw an aerobic display from the Super-Pitts and Royal Air Force Memorial Flight, with the Dakota and the Great War display taking place on the Sunday along with many more shows throughout the weekend.

Back on the ground there was a fantastic opportunity to see military machines up close and personal in the live action tank area where tank rides were available on both days.

To keep the classic and vintage theme going, there was also entertainment from period singers the Candy Girls and Perfect Vintage along with the FB Pocket Orchestra who returned back to Flywheel on the Sunday. A traditional vintage fair was also set up for families to enjoy time away from the hustle and bustle of the vehicles, where there was an opportunity for them to get their hands on crafts, clothing and memorabilia from the vintage trade fair.