When Aimee met James in 2017, it was a classic match made in heaven. Both classic enthusiasts, the couple have grown from strength to strength and so have their collections of cars! We spoke to Aimee to hear more about their collective passion as a young couple. 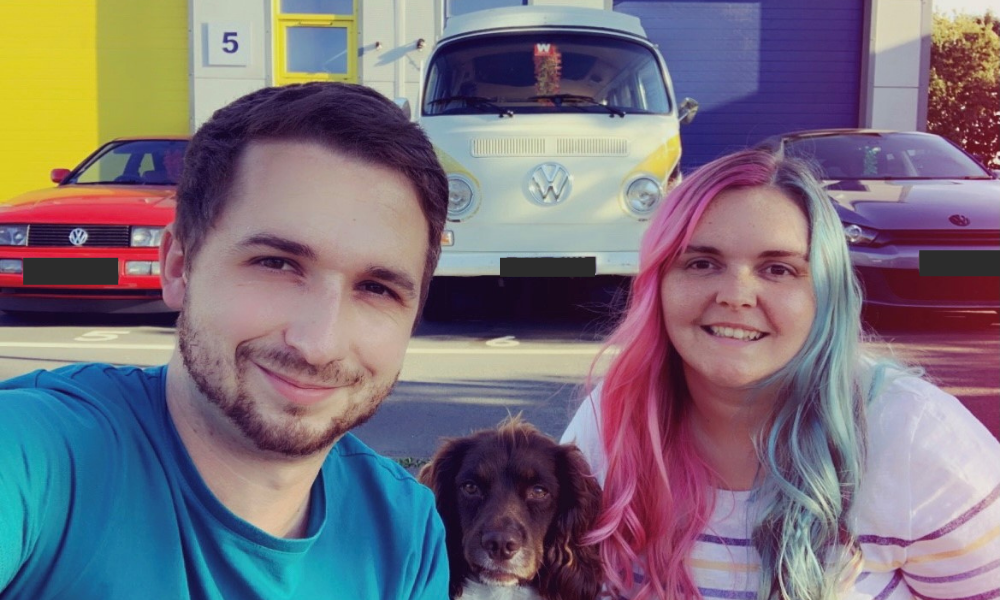 “I’ve always loved Volkswagen Campers from a young age and I’d dreamed of owning one. I fell in love with my other half James in 2017 and he worked at a Volkswagen Restoration Shop, which was owned by an incredible guy called Jim. Jim had a fantastic collection of his own classics and put his heart and soul into every job, which made me fall in love with all of the classics there, including James’s pride and joy, Ruby.” “Ruby is a 1995 VW Corrado, 8v 2.0L in Flash Red. He bought her as a poorly modified example, so he stripped her down and built her back up into the beauty she is now. She stole my heart the minute I laid eyes on her.”

The couple then went onto completing their first restoration together. “He also had another restoration project that we completed together, an Mk1 caddy pickup. We went for a resto-mod style including lots of custom parts and a more modern engine running gear. We finished off by painting him turquoise, it was actually a kitchen colour but we wanted something different!” 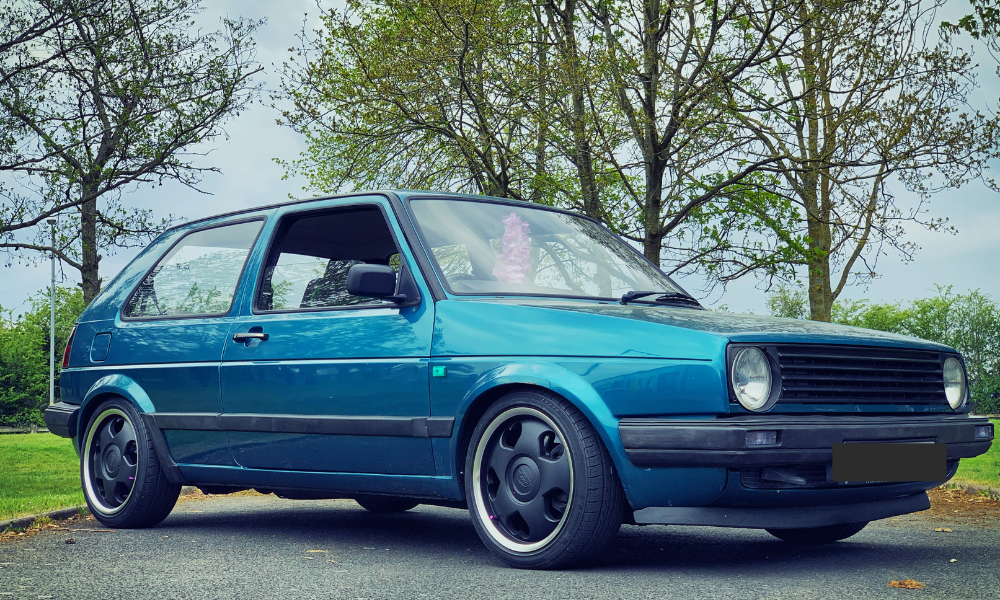 Over the years the couple have owned a VW 9N3 Polo, A VW Beetle, VW T4, a VW MK2 Golf and now Aimee has made her dream purchase bringing their current ownership to 5. “I guess you’re thinking they can’t need any more vehicles and we really didn’t! But during COVID-19 an old customer of Jim’s decided to put their 1972 Bay Window Westfalia Crossover, Earl, up for sale. James knew the bus well; it had been to the workshop with the old owners for a check over after arriving from San Francisco. Before Jim checked him over, he was jet washing him to get a proper look at the body work and a spider fell out, later to discover it was a black widow! There was around 500 egg sacks in one of the vents too! The black widow was taken to Stratford Butterfly Farm and the bus now has a nickname of the spider van! I was and am so obsessed with Earl and I can’t believe he’s now ours.” 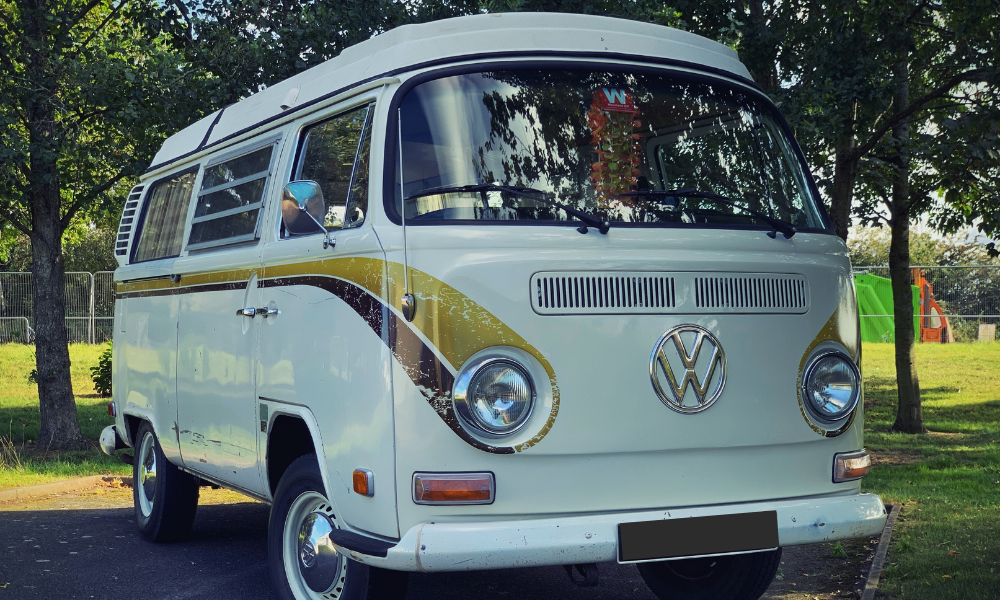 “I don’t know how to explain the feeling you get when you get into Earl, life slows down, nothing matters. It doesn’t matter how long it’s going to take you to get where you are going because you’re enjoying the ride so much. The love on the road for him is also amazing, everyone waves and if you break down you know someone will stop to help whereas you don’t find that with modern cars.”

We asked Aimee what her one piece of advice would be to someone just starting out in classic ownership. “Enjoy it to the fullest and stop worrying! I’ve learnt life is too short and if it breaks down, it’s all part of the adventure. Plus, always carry a toolbox, best thing we have ever bought!”

With thanks for Aimee for her time and images. If you’d like to tell us your classic story and be featured, please email news.views@footmanjames.co.uk