The Americans Are Coming!

British classic car enthusiasts are increasingly turning their sights west to buy some of the best collectables the US can offer.

So why?
He told Classic Car Weekly (CCW) the US export market offers value for money, spares support and good looks to UK buyers taking out classic car insurance.

Mather himself has sold a quartet of “must-have” machines recently, including a: 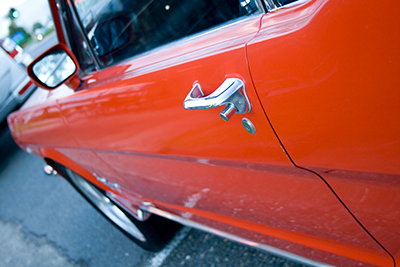 And a hardtop Ford Thunderbird (1962) is currently up for sale in his stable.

Mather says parts are usually surprisingly easy to source and are “regularly cheaper than those needed for MGs.”

Auction director Edward Bridger-Stille adds that the market is evolving with attractive, affordable US models burrowing into the UK’s psyche.

Bridger-Stille said that sturdy Ford Mustangs, for example, are a great way to gain entry into the US classic car market. Buyers can snap up a good one from £5,000 to £8,000.

Demand on the up
Only last month CCW ran a story on how German dealers had started experiencing huge demand for Mustangs, Corvettes and other famed US models.

The surge came despite the American dollar’s continuing strength pushing up the price of imported motors.

Other European auctions are seeing a similar call for US classics. Just last month, CCA sold a convertible Ford Mustang (1965) for an all-inclusive £24,830.

And in March, Historics at Brooklands reported that 10 US models all performed far better than expected.

US head-turners this summer
The Footman James Bristol Classic Car Show (June 13-14) is staging its inaugural round of the Classic American Car Of The Year competition at the Bath & West Showground, Shepton Mallet, Somerset.

CCW has commented on a few market leading performers.

Dodge Super Bee
Few US cars created more of a buzz than this muscle model, which strutted its stuff at NASCAR and drag racing events. “Great looking” and “fantastically powerful”, no tyre-smoking performance machine comes at better value.

Chevrolet Corvette C3
Introduced in 1968, its original curves, thin-chrome bumpers and rakish looks made it the most coveted Corvette for many fans

Ford Mustang
This pony car was the “best” and the “original” of its genre with versatility to the fore. It was offered in convertible, fastback and notchback. The Mustang keeps appreciating in value and, despite its oomph, is still sufficiently snug to get into most UK garages