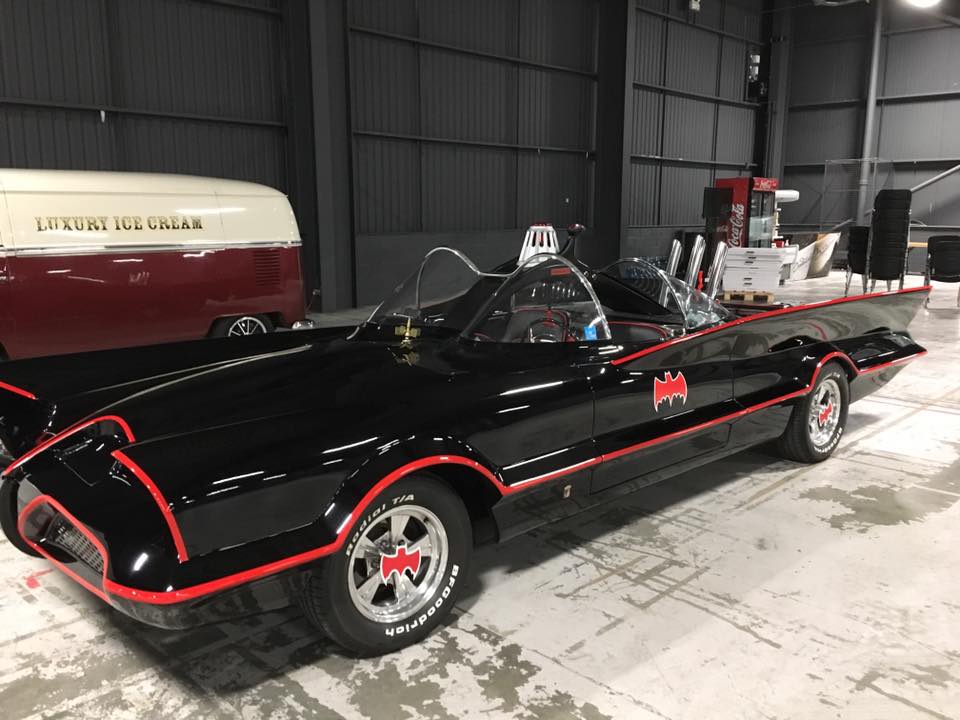 The 1960s was a strong era for superheroes, sparking the imaginations of children all over the world (and let’s face it, quite a few adults too).

But with the natural-born flying abilities of Superman, or the superhuman strength of the Hulk – it is Batman’s slightly more regular abilities that have always made him the most relatable of the gang – except for the Batmobile that is.

This month, The Footman James Manchester Classic Car Show will pay homage to the late Adam West who played Batman in the hit sixties TV show, by displaying a stunning replica of the 1966 Batmobile.

David Bond, Managing Director at Footman James said: “It is great news that we have been able to showcase a vehicle that celebrates and represents the life of a true American icon. Not only is the Batmobile known across the globe, it is a classic example of how our industry plays a part in history.”

Swerving out of the Batcave, the Batmobile was desired the world over for its super-customisations, including a Bat-zooker, a super-charged Bat-magnet and even an automatic tyre repair function.

Contrary to the opinions of marine biologists, the Bat-Ray is not just a triangular fish with pointed ears that scales the Pacific Ocean’s floor bed. In Batman terms, it’s a radar that can be used to set off explosions and open garage doors – handy if you’re in the business of fighting/escape bad guys.

The Footman James Manchester Classic Car Show will take place at Event City in Manchester on September 16 and 17.

An iconic piece of history

The 1955 Lincoln Futura was adapted for the show by George Barris who had bought the car off Ford in 1965 for just one dollar. Almost five decades after being built, the car sold for a cool $4.6 million.

Barris is renowned for customising some of Hollywood’s most notable vehicles, including the Munster Koach used in the hit TV series, The Munsters and later the Ford Gran Torino used by Starsky and Hutch.

The Batmobile designs were the work of production artist Eddie Graves at 20th Century Fox and fans of the superhero can get up close and personal with a replica of his signature ride at one of the largest classic vehicle events in 2017’s calendar.

Donations made by adoring fans in exchange for a photo will all go to the charity Prevent Breast Cancer. Share your pictures of the Batmobile or in the Batmobile on social media using the hashtag #totheBatmobile