Lend it like Beckham: Star’s TV bike on show

We may be more used to seeing David Beckham in mud-splattered shorts. But classic motorbike fans can now see the iconic England footballer’s mud-splattered “Brazilian” Bonneville.

The National Motorcycle Museum is displaying the former Manchester United and Real Madrid midfielder’s bike as seen on TV, courtesy of Triumph Motorcycles.

The bike, which is on show in the museum’s Hall 1, featured in the 39-year-old’s recent BBC documentary David Beckham, Into The Unknown.

So describe the Triumph Bonneville?
Beckham’s T100-based bike has added a fresh chapter to one of the all-time great versatile motorbikes. 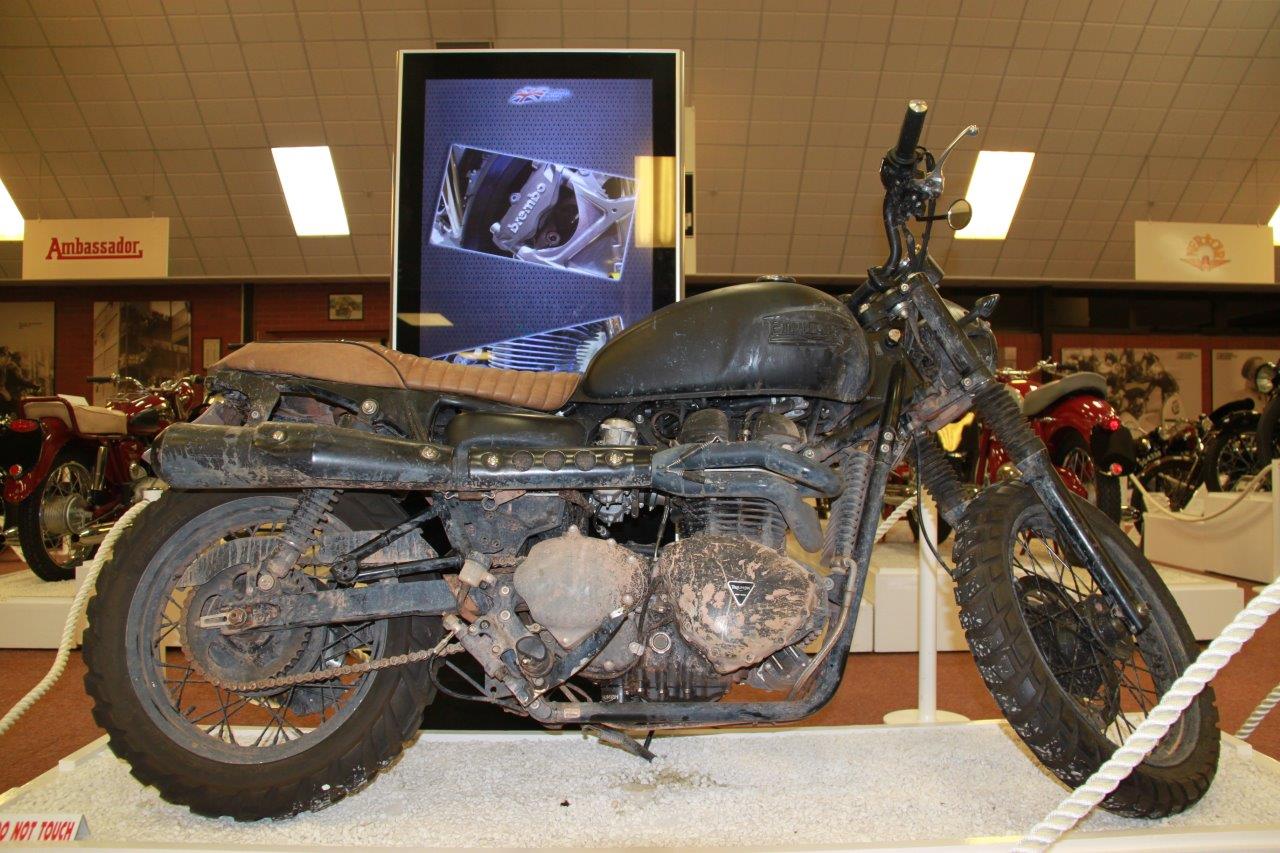 It looks like a Scrambler and boasts an Arrow exhaust giving high performance, sturdy off-road tyres, plus a conspicuous absence of rear or front mudguards.

These helped to make this unique, aggressive black machine ideally suited for the purpose of travelling through the jungle.

David Beckham, Into The Unknown?
Yes, for those of you who missed it, this was a three-part documentary screened over successive nights on BBC1 last June.

It featured Becks taking three friends on a once-in-a-lifetime adventure far into the world-famous Amazon jungle. It began with a game of beach football/volleyball on Rio’s beaches in Brazil.

Things got tougher when the foursome biked into the Amazon’s bowels. The series finished with Becks explaining football to an isolated Yanomami tribe. For more details and to view a clip visit here.

When can I see Becks’ Bonnie?
Right now. The machine was put on show to the public last Thursday (December 18) and can be seen up to and including February 28.

And while you’re there …
The National Motorcycle Museum prides itself on being the world’s biggest and best motorbike museum.