A Brief History Of Indian Motorcycles

Indian Motorcycles is an iconic brand of classic motorbikes that has recently seen a revival and is now once again producing new motorcycles.

The company was established in 1897 by George M. Hendee as the Hendee Manufacturing Company, producing bicycles with brand names such as Silver King, Silver Queen and American Indian. They produced their first motorised bike in May 1901 designed to pace bicycle races.

The first Indian Motorcycle was sold to a retail customer in 1902. It was powered by a chain drive and single-cylinder engine that was manufactured by the Aurora [Illinois] Automatic Machinery Co. 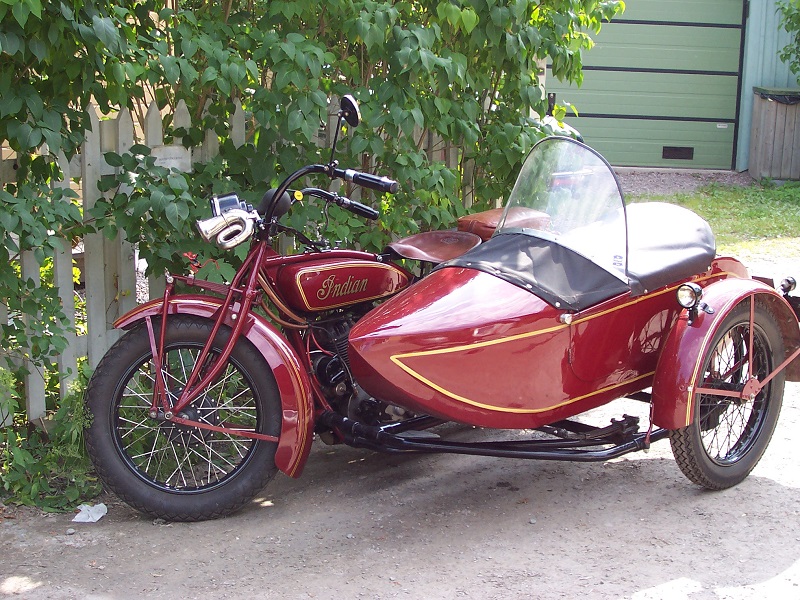 This year the Indian Motorcycle made its public racing debut and won an endurance race from Boston to New York City. The following year Oscar Hedstrom, the company co-founder and chief engineer, achieved a new world speed record of 56 mph riding an Indian Motorcycle.

In 1916, the Hendee Manufacturing Company introduced one of its most legendary engines, the 1000cc Powerplus with 42-degree V-Twin flathead with side-valves. Selected models had a top speed of 60 mph.

In the interwar years, the company introduced some of its most distinguished models, the first Indian Scout in 1920, the Indian Chief in ‘22 and the Big Chief in 1923 - the same year the company changed its name to The Indian Motocycle Company.

During the Second World War, the Indian Motocycle Company built 5,000 units to help the French government at the beginning of the war and the Model 841 for the US Army.

Consumer production started to get back to normal in 1946 until 1953 when the Indian Motocycle Manufacturing Company ceased operations. The brand name and rights to use it changed hands a few times from 1953 until 1977.

In 1967, 68-year-old New Zealander Burt Munro pursued the world land speed record and eventually set the record of 183.586 mph on the Bonneville Salt Flats. He rode a highly modified 1926 600cc Indian Scout and his story formed the basis of the popular 2005 movie The World’s Fastest Indian.

A small number of Indian Chief units with 105-ci V-Twin engines were manufactured between 2008 and 2010 when a London-based private equity firm, Stellican Ltd., purchased the assets. Indian Motorcycle was then sold to Polaris Industries in 2011, who took over the production of the motorcycles.

2013 marked the big unveiling of the rejuvenated Indian Motorcycle. The awesome Thunder Stroke 111 V-Twin engine was revealed at Daytona Bike Week to a thrilled crowd and the new generation of bikes was unveiled outside the Sturgis Motorcycle Museum and Hall of Fame to a global audience.

The Indian Motorcycle brand has been reinvented with new models released over the last few years including the Indian Roadmaster, all-new Indian Scout and Indian Chief Dark Horse.

Do you have an Indian Motorcycle? We’d love to hear from you. Please share your photos of your amazing machines with us on Twitter @Footman_James or on Facebook.

Online auction platform, The Market had sold a rare blue classic Ferrari F40 for a European record breaking £1,000,500. The Market originally estimated that the classic would sell for between £750,000 and £900,000. read more>>

Built in 1907, the AX 201 is the most significant Rolls-Royce ever built, now The Concours of Elegance will showcase it at Hampton Court Palace this year. The event will take place from the 3rd-5th September 2021. read more>>

The cars at the top of the olympic podium part 2

The cars at the top of the olympic podium part 2

It’s time for the second chapter in our review of the all-time Olympic top scoring countries and their best-selling cars. Today we take a look at Great Britain. read more>>