What’s the best car Britain has ever produced? It’s a debate usually designed to leave classic car connoisseurs arguing into their beer all night.

But the question was finally answered at the first-ever Classic & Sports Car - The London Show.

The three-day festival revealed the winning motor on Friday October 30. Visitors were treated to examples of each of the 10 finalists on show at the exhibition in Alexandra Palace. 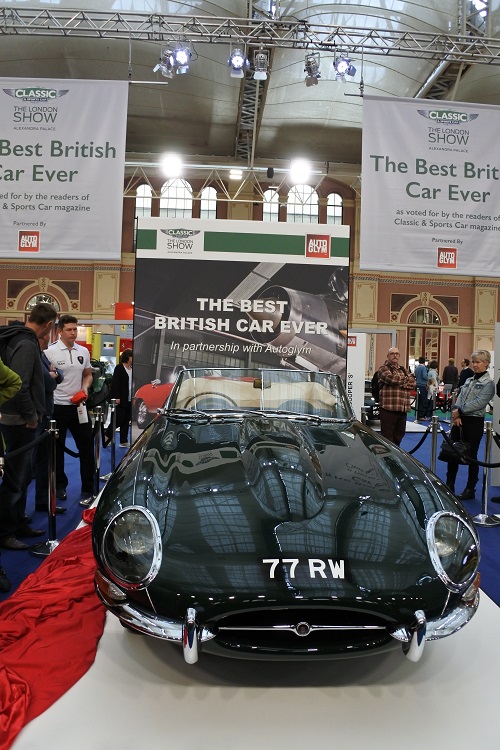 And the winner is...

The seductive winner appeared in the flesh in the form of the 77RW. It is the world’s longest-surviving E-Type.

The model on show was the one driven by Jag test driver Norman Dewis to Geneva from Coventry on its debut outing in 1961.

James Elliott, editor of Classic & Sports Car magazine, said the E-Type is the complete car, with traffic-stopping looks and an enduring driving experience.

Other candidates included the:

The 100-strong judging panel featured star names such as:

These Best of British top 10 gems were among more than 300 classics that graced the show. Other head-turners that wowed audiences included the:

Aston Martin were prime movers among the manufacturers jostling for centre stage. Aston’s DB4GT left visitors swooning. But pride of place went to a 94-year-old A3, the company’s oldest model in existence.

The venerable 1486cc monobloc-engine-powered treasure has recently benefited from a three-year makeover. Aston also flaunted some of its more recent models, as well as showing off its links with the James Bond film franchise.