A legendary racing car from the 50s will be making its Chateau Impney debut this summer at the 2018 Chateau Impney Hill Climb following years of painstaking restoration work.

If you want in, you can purchase your tickets on the day, or book them in advance over on the Chateau Impney Hill Climb website and use our special Footman James code FJ18 to receive a discount.

Experts at the National Motor Museum– a partner of Footman James – have been working hard to give new life to the fiery racer, and now revellers can catch a glimpse of the iconic 1950 V16 BRM.

The 1.5 litre British Racing Motors Type 15 Grand Prix racing car was launched at the end of 1949 at the Folkingham Aerodrome by its creator, Raymond Mays.

It’s clear that the beauty, along with its legendary roar, remained a favourite of legendary racing car driver Mays. Reminiscing in a 1997 interview with Motorsport Magazine, he recalled: "The V16 was an awe-inspiring car to drive, particularly in the early days, when the power came in rather late, at about 9900 revs with a bang! Before we went to Albi in '53, I drove Fangio's car at Folkingham Aerodrome and I had it up to 190mph on the 2000-yard runway. It was quite frightening because you could re-spin the wheels at 9800 in fourth gear."

Not only can the power and noise from this famous piece of machinery be experienced at this year’s hill climb, you can also witness its glory at the Spring Autojumble on May 19 and 20 at Beaulieu. 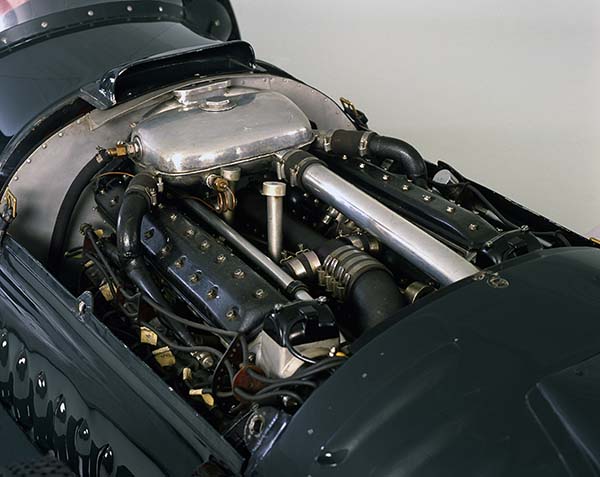 Appealing for vital funding in 2015, the National Motor Museum achieved its target of £50,000 for its BRM preservation appeal. This enabled the restoration work of the iconic motor to be completed.

An initial strip-down of the car revealed its original engine – making it the first V16 BRM ever made.

Underneath the bonnet, the experts found its major components to be in a good condition. However, the incredibly complex engine that gave it innovative levels of power in its day meant complications were likely.

Experts uncovered an issue with the exhaust valve seals, a loose bearing carrier in the slave/output shaft and a significant level of corrosion in the water system.

Determination, expertise and generous funding have led to a highly successful restoration, returning the magnificent machine its former racing glory.

For those of you attending the Chateau Impney Hill Climb, we look forward to seeing you there! Remember to pop over to our stand to discuss any classic car insurance and classic bike insurance related questions that you may have.