Few marques encapsulate the care-free, open-road driving of 1960s Britain than the classic MG… especially with its top down.

Last weekend hundreds of enthusiasts gathered in Surrey for a celebration of this classic make. 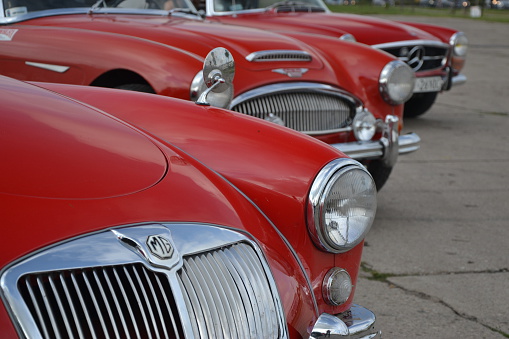 The then Berkshire market town of Abingdon (now Oxfordshire) had been producing MGs since 1927 and the site designed and constructed the Midget too.

It came with a oomph-inducing 948cc four-cylinder engine. And its asking price way back then? A cool £669. These treasures will be out in force on Sunday.

The word regal doesn’t even begin to describe this beautiful model, which was built from 1936-39.

Just over 3,000 were built in the first year and they retailed for £222 in Britain. Brooklands will transport you back to the late 1930s by remembering this car.

A great favourite as MGs were once more put to the test on this most challenging of hills from 3.30-4pm.

But MG lovers were equally drawn to old favourites, the annual cavalcade and Concours d’Elegance on the Mercedes-Benz World circuit.