Car that started the Nissan story put on show

You may think the grand old lady pictured here looks familiar - and there’s a good reason for this. But this Datsun Type-14 never hit the roads in Britain during its 1930s heyday. This is despite the fact it has been widely considered to mark the start of Japan’s motor industry. But it is now on show at last at Beaulieu’s National Motor Museum (NMM).

Haven’t I seen you somewhere before?
Sir Herbert Austin also thought the 1935 Japanese model looked strangely familiar - so much so that he had one imported to the UK.

Why did he go to so much trouble? 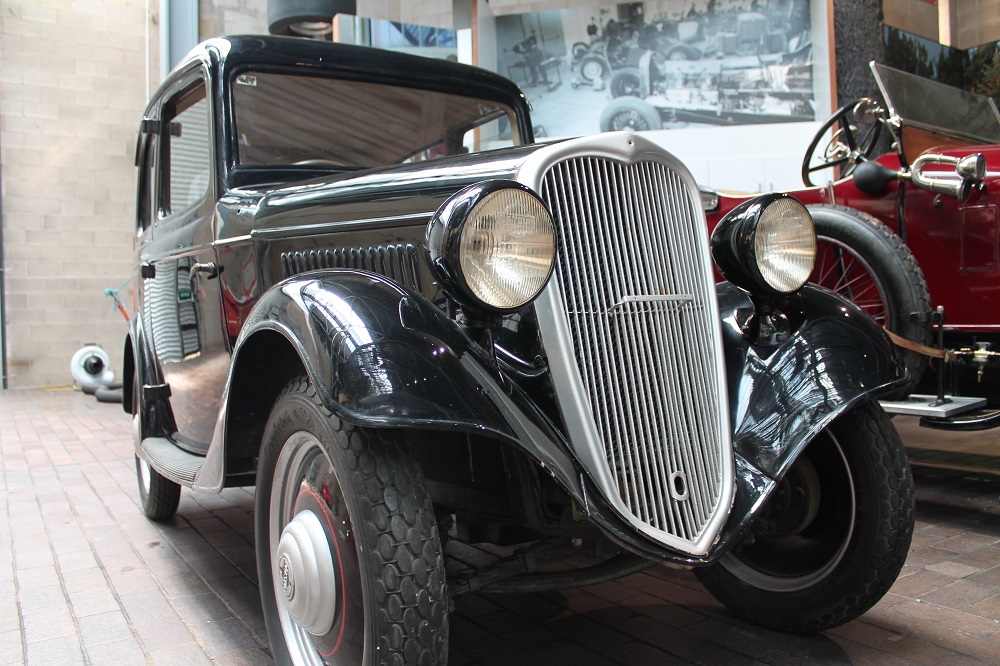 The motor manufacturing magnate had received reports that this small car looked remarkably similar to his own 7 Ruby machine. He wanted to give it a thorough once-over to check that it hadn’t infringed the Austin 7 Ruby’s patent. Austin never took out a legal action against Datsun, though The Type-14 went into storage for years and years… until Nissan Europe helped to get it put on display at the NMM in the beautiful New Forest village of Beaulieu.

• Inspiration for the bodywork: Other 1930s US and European motors

The Type-14’s significance
Unobtrusive as this little model has been for decades, its automotive historical significance cannot be trumpeted loudly enough. Nissan can trace its illustrious history back to this amazing small car. The Japanese car-making giant of today started life 102 years ago with the launch of the DAT. It had only three investors back then and the DAT represented their initials. Seventeen years later Nissan unveiled the Datsun or “son of DAT” featuring the familiar Japanese symbol of the rising sun. Its first mass-produced car was the Type-14. Millions of Nissans and Datsuns have been produced since, while the Japanese car sector has absolutely boomed, with Honda, Suzuki, Mazda and Lexus among its frontrunners.

Visit Beaulieu
For visitors paying in advance, adults, seniors/students and children go for £19, £18 and £9 respectively, while children aged four and under are let in free. Advanced family tickets cost £49. Opening hours are 10am-6pm.

The ticket gets you into a host of other Beaulieu-based attractions, including:

• The World of Top Gear

• Palace House, which has been home to the Montagu family since 1538

• The 13th-century Beaulieu Abbey and grounds