The third heat took place at the Footman James Bristol Classic Car Show on the 16th-17th June. The event saw hundreds of classic cars turn up, but there was only one classic American car that could take heat three’s winning place. 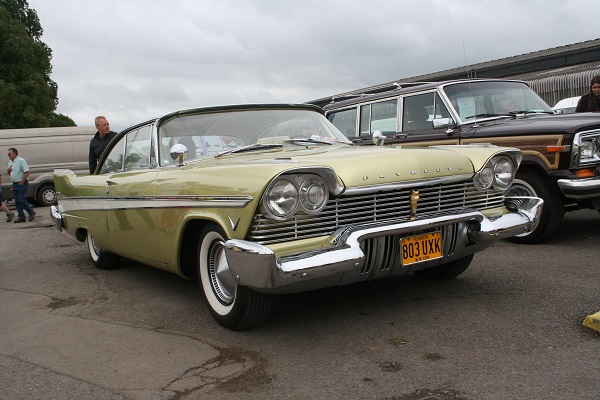 We are pleased to announce that the winner went to Nick Parker from Bristol, who brought along his stunning 1957 Plymouth Belvedere. The classic American car previously belonged to Bristol hot rodder Jerry Denning who bought the classic car as an unfinished project.

In 2005, the Plymouth Belvedere first caught Parker’s eye with its original interior, a 301 cu in V8 and the famous push-button transmission. However, it took almost a decade until he had the opportunity to purchase it; they do say the best things come to those who wait.

We now look forward to seeing what other classic American cars will be joining the line-up for the final at the Classic Motor Show in November. So far, we have Diego Presenza’s 1963 Ford Falcon Futura, John Maunder’s 1965 Fastback Mustang and now Nick Parker’s Plymouth Belvedere.

Stay tuned to find out which classic American car will be taking the next round at July’s Stars & Stripes event.

Good luck to all who are taking part!