This month we thought we’d mix it up and show some appreciation for our two-wheeled friends, by choosing a Classic Bike of the Month to celebrate.

To kick things off we’ve chosen a British manufactured bike which boasted an innovative framework way ahead of its time, that has since been pictured in a number of popular TV shows and films. We are, of course, talking about the Norton Commando.

History of the Norton Commando
This British Norton-Villiers bike was first released in 1967 at the Earls Court Motor Show, and was produced for 10 years. It boasted an OHV pre-unit parallel-twin engine and an innovative framework, known as the Isolastic System. Around the 1960s many of the bikes suffered from engine vibrations, which could be an annoyance to riders. Fortunately, the Commando framework, designed by an ex-Mercedes engineer, was far ahead of its time and minimised engine vibrations for a more enjoyable riding experience.

The Norton Commando was a success throughout the world, which some found surprising due to its old pre-unit engine. One such person was Dennis Poore, chairman at Norton, who was known to be greatly taken aback by the global success of the Commando. Motor Cycle News even named the bike as its coveted Machine of the Year for five years in a row.

The popularity of the model was not just with the general public. A number of police forces expressed interest in the Norton Commando, so a model was commissioned to meet police requirements. This included a top box, radio mountings and police lights. Named the ‘Interpol’, this model was popular with forces both in the UK and overseas. 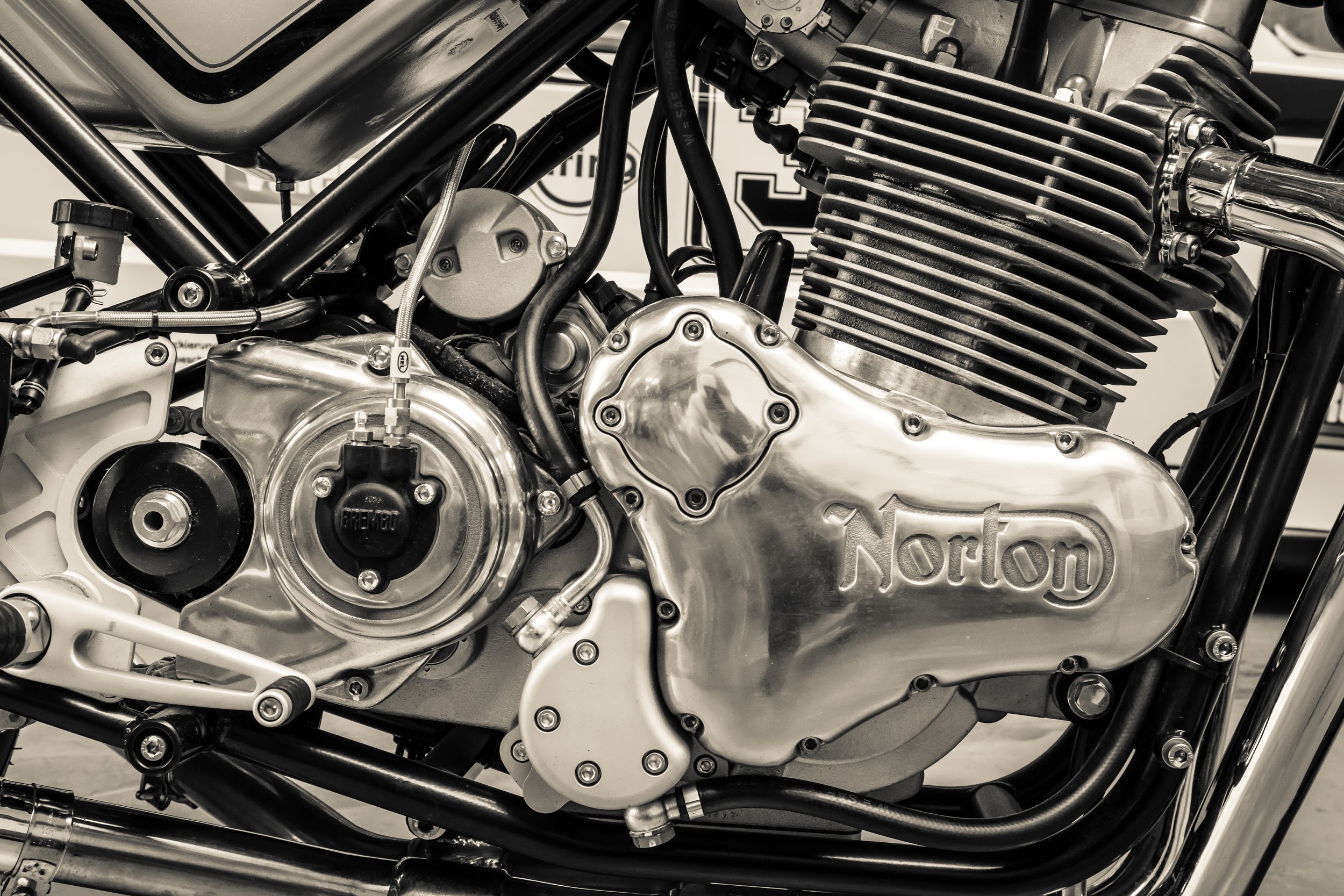 About the Norton Commando
The Commando took inspiration from earlier Norton cycles, including the Model 7 back in the 1940s. This particular model continued to be developed over the years until a 750cc version was released in 1967, known as the Norton Commando. The new frame, with its tilted engine, boasted an attractive new look and an adjusted centre of gravity, both of which appealed greatly to riders around the world.

Early models experienced some frame issues, which were resolved in 1969 with the release of a new wave of bikes. However, during its lifespan the Commando was plagued with these niggling issues, from clutch troubles to problems with the stand and carburettors.

One area where the Commando shone was on the track. Almost from the get-go the Commando took part in racing events across the globe and saw great success. With multiple Top 5 positions in the Isle of Man TT Production class and wins in other Production class races, Norton decided to commission and produce a dedicated racing model. This saw the introduction of the S and Yellow Peril models.

Do you love the Norton Commando? Let us know your thoughts by tweeting us at @Footman_James