Welcome to our Classic Car of the Month. We have been giving our readers a new classic car to admire every month, with information on some of the most iconic vehicles of our time. Last month we covered the Audi Quattro. This month, we present to you one of the people’s all time favourites; the Austin Mini. Let’s get to know more about the Mini. 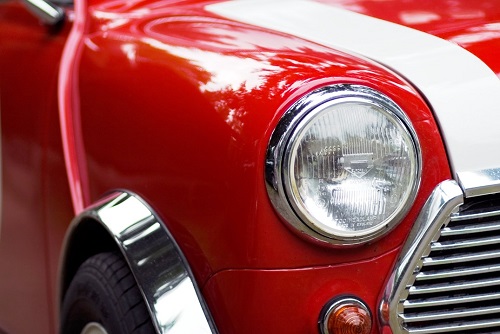 The Austin Mini is a truly iconic vehicle, easily recognised by its unique shape and size. Some will argue it’s one of the most iconic cars of the past century. Footman James believes those who do argue this might just be right. The Mini is of course known for being miniature in size, featuring large circular headlamps and a smooth, glossy exterior coating.

It’s a stunning little car that has captured the hearts of countless car enthusiasts ever since its production began back in 1959. Although, it wasn't until 1961 that it was renamed the ‘Austin Mini’. It was previously referred to as the ‘Morris Mini Minor’ and the ‘Austin Seven’.

Variants of the Austin Mini
Austin also made sport versions of the Mini, referred to as the Mini Cooper and Cooper “S”. These models were successful as rally cars, winning the Monte Carlo Rally three times between 1964 and 1967. They might have been crowned a fourth title in 1966 if the Mini hadn’t been disqualified under controversial ruling that stated the cars had an illegal combination of headlamps and spotlights.

A Mini pick up model was also made, along with van, traveller and ‘countryman’ versions. All of which proved popular, but nowhere near as much as the standard Austin Mini, which will likely never lose its appeal.

The history of the Austin Mini 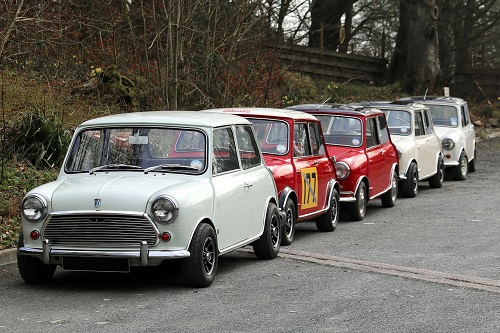 There were four generations of the Mini, with production ceasing in 2000. Manufactured at the Longbridge and Cowley plants in England, the revolutionary design of the two door Mini was created by Sir Alec Issigonis, a true visionary in the automotive industry.

In 1959, the year the Mini was released, Alec Issigonis won the Dewar Trophy for the magnificent design.

The Mini was voted the second most influential car of the 20th century, behind the Ford Model T in 1999. It’s no wonder it’s so sought over even now many years later. It turned heads back in the 60s and it still does now. The Austin Mini is a car that will never become outdated. It is loved and appreciated by car enthusiasts, and non enthusiasts alike.

Is the Austin Mini your favourite classic? What should we cover next? Let us know by tweeting us at @Footman_James or by leaving a comment on our Facebook page. We’d love to hear your thoughts.