It’s time for another classic car of the month, and this time we’ve gone for a real British classic. It’s a sporty Jaguar model with bags of style and speed to match, and it's still stealing sporty classic car enthusiast’s hearts to this day.

The Jaguar E-Type was designed to be a combination of beauty, performance and pricing; an iconic British sports car that took the sixties by storm. Based on the famed Type D Jaguar sports car, the E-Type shook up the sporty motoring market with a sub-seven second 0-60 time, disc brakes and speeds of up to 150mph. 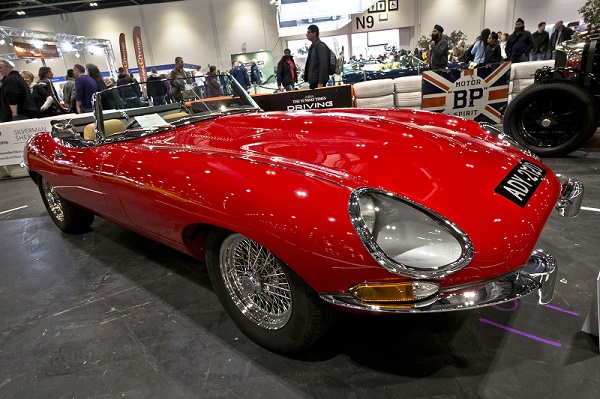 History of the Jaguar E-Type

Three production series of the E-Type were produced by Jaguar. The Series 1 was originally introduced in 1961 in 3.8 litre guise. The first 500 E-Types were known as flat floor. These remaining examples are very desirable and will command a higher premium, with plenty of sporty features including leather bucket seats and aluminium-trimmed consoles to complement its impressive speed.

Engine capacity increased to the more popular 4.2 along with a few other tweaks. These became known as the series 1.5.

The Series 2, in 1968, saw a number of design changes including a wrap-around rear bumper and larger front indicators. Many felt that the Series 2 models were the best drivers, and also the most reliable cars from the E-Type range.

When the Series 3 launched in 1971 it had a new V12 engine and a large cross-slatted grille, with a new longer wheelbase offering more room inside the cabin.

The Jaguar E-Type’s lasting legacy has been its gorgeous good looks. On its release in 1961, Enzo Ferrari himself said that the E-Type was the most beautiful car ever made, with a number of other motoring publications feeling similarly stunned by its beauty.

In 2008 the Daily Telegraph ranked the E-Type first in its chart of the world’s 100 most beautiful cars of all time, while Sports Car International magazine ranked the car number one in its list of Top Sports Cars of the 1960s.

The E-Type’s domination in the style stakes was solidified in the late 1990s when the significance of the Jaguar’s design was cemented at the Museum of Modern Art in New York City. The museum added a blue roadster E-Type to its permanent design collection in 1996, making the Jaguar one of only six cars to receive this design distinction from the prestigious institution. 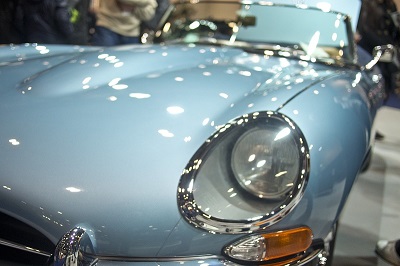 The ultimate E-Type for many was the Lightweight E-Type. Only 12 of these were ever built, with 18 planned in total. Jaguar has announced they are now to build the remaining six to the exact specification of the last one to leave the factory in 1964. These will doubtless demand multi-million asking prices should they ever be sold.

If you’re lucky enough to have an E-Type gracing your garage, here at Footman James we understand that it is probably your pride and joy. We have relationships with a range of car clubs throughout the country, including the Jaguar Enthusiasts Club and the Jaguar Drivers’ Club.

Not only do these clubs organise a range of events throughout the year, from rallies and autojumbles to annual tours, but they also provide the perfect place to meet other people with a shared love for Jaguar’s finest. If you’re a member of one of these clubs you could even get special deals on your classic car insurance through Footman James - what’s not to like about that?

Do you have fond memories of the Jaguar E-Type? We’d love to hear them! Send us a message through our Facebook page or tweet us at @Footman_James