The Classic Car of the Month for December is the unmistakable MG Midget. Produced from 1961 to 1979, almost 230,000 Midgets were built in total. They are loved as small, inexpensive sports cars with predictable handling. 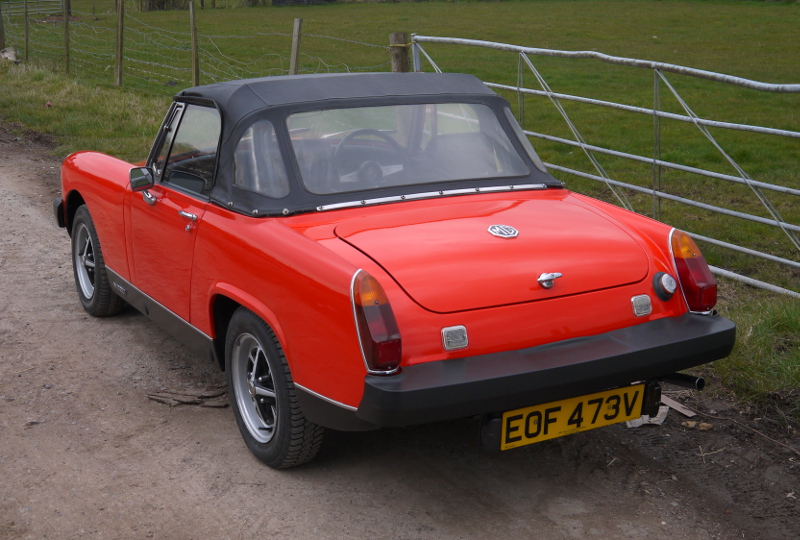 History of the MG Midget

The first MG Midget was introduced in 1961, based on the MkII Austin-Healey Sprite.

The Midget was mechanically identical and very similar in looks to the Sprite, with only its grille design, badging, colour options, leather seats and additional exterior chrome trim setting it apart. The 948 cc A-Series engine could produce 46 hp.

For the 1963 model the engine capacity was increased to 1098 cc, with an output of 55 hp. This made the Midget more competitive against the recently announced Triumph Spitfire.

Also for 1963 the front drums were replaced with disc brakes.

The Midget MkII was released in 1964 with similar looks to the previous version of the two-seater sports car.

The mark II Midget benefitted from improved rear suspension as the quarter-elliptic leaf rear springs were replaced by more conventional semi-elliptic types. This improved the car’s tendency to oversteer.

The year England won the World Cup, MG released the Mk III Midget. The engine was developed from the 76 hp Mini Cooper S engine but was detuned to only output 65 hp.

The 1275 cc engine could still enable the Midget to achieve speeds in the mid 90s. There were no obvious changes to the appearance except the addition of a folding soft top, which replaced the one that had to be fully removed in order to be stowed.

For the 1970 model year, the MG Midget underwent a minor facelift. The sills were painted black, the grille revised, the taillights squared off, and the Rostyle wheels standardised. In January 1972, the square-shaped rear wheel arches became rounded. 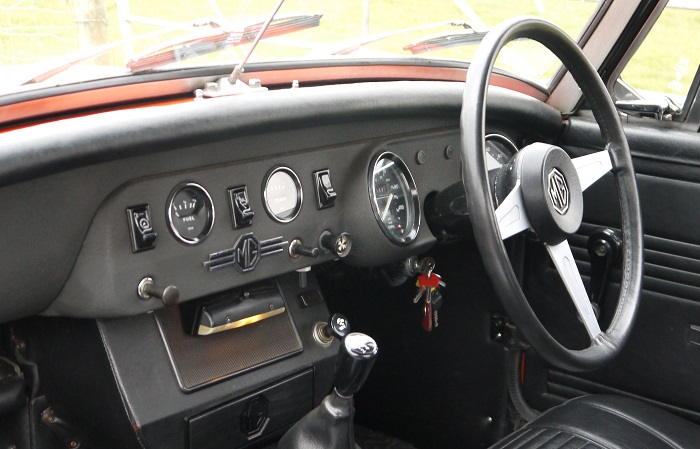 1974 saw the final version of the Midget start to leave the factory. Known as the Mk IV, although officially still the Mk II, this model used the 1493 cc engine and transmission from the Triumph Spitfire.

This bigger engine could achieve 66 hp and a top speed in excess of 100 mph.

Rubber bumpers were added to meet US crash test regulations and the ride height was increased to make sure the bumpers were at the correct height.

The MG Midget sold well until production ceased in 1979. Many mourned the passing of the Midget, however it’s now a classic that is still providing owners with driving enjoyment to this day.

If you’re the proud owner of a classic Midget, you might be a member of the MG Car Club, the original club for MG Owners based in heart of MG country - Abingdon, Oxfordshire. As a club member you might be able to benefit from a specialist classic car insurance premium from Footman James.

Do you have an MG Midget? We’d love to hear from you. Send us a message through our Facebook page or by tweeting us at @Footman_James.