Jaguar is an iconic luxury name in the world of British car manufacturers, so it’s no wonder that they have produced some of the most beautiful vehicles in the world from their Coventry headquarters over the decades.

One of these iconic models comes in the form of the Jaguar Mark 2, a luxury saloon from the late 1950’s - 1960’s - and this month’s Classic Car of the Month.

History of the Jaguar Mark 2 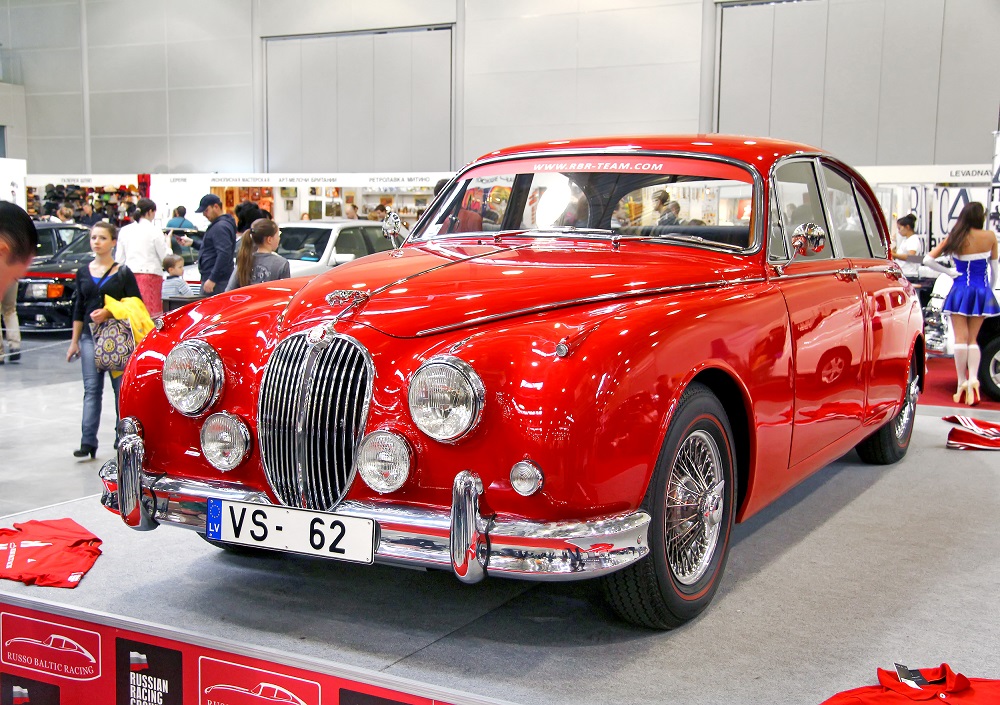 The Jaguar Mark 2 was built from late 1959 until 1967. Designed to be an elegant, updated version of the earlier Mark 1 vehicle, the Mark 2 was considered by many to be the best looking compact Jaguar saloon.

Following the ‘grace, pace and space’ ideals set out by Sir William Lyons, also known as ‘Mr Jaguar’, the Mark 2 was designed to be a fast and effective saloon without scrimping on luxury or elegance. DOHC aluminium 6-cylinder engines were used, in 2.4, 3.4 and 3.8-litre variants initially, with standard 4-wheel disc brakes. Many of the models boasted independent suspension.

The Jaguar Mark 2 was popular with the criminal underworld of the time, with London’s shady characters realising that the speed, handling capabilities and sheer size of the Mark 2 gave them an edge over the police when it came to the roads. However, it wasn’t long before the Met Police realised this, and ordered the Mark 2 models for themselves. As a result of this, the Jag has become popular in a number of police drama shows, including John Thaw’s Inspector Morse.

As well as this, the Jaguar Mark 2 had a successful racing career as a saloon car. It was a winner in a number of events, from the 1962 Australian Touring Car Championship to the 1963 European Touring Car Challenge. Coombs Jaguars, built by John Coombs, were some of the most popular.

About the Triumph Mark 2

This medium-sized saloon car was a fully transformed version of its predecessor, the Mark 1. The appearance of the Mark 2 was largely influenced by an increased use of glass in the cabin, 18% more than before. Slimmer front pillars increased the width of the windscreen, while a larger rear window and side windows offered much improved vision for those travelling in the vehicle. This enlarged style also featured the D-shape above the back door with fully chromed frames for the side windows, a factor popular in many more modern models.

Another notable feature was the radiator grille, as well as the larger side, tail and fog lamps, which had been repositioned to update the aesthetic. The interior of the car maintained the beautiful elegance seen in the Mark 1, with a walnut veneer dash, comfortable leather seats and a new heating system - although many reviewers found this still to be somewhat ineffective.

We’d love to hear your thoughts on the Jaguar Mark 2. Tweet us at @Footman_James to tell us how you feel about this iconic model.