If you want a car with instant celebrity status, particularly in its home country, then you’re probably going to end up looking at a Lamborghini. The Italian supercar manufacturers are known across the globe for its beautiful sports cars and SUVs - a reputation it has held for many, many years.

Our classic car of the month blog has rolled around once again, and this time we’ve decided to celebrate a model often hailed as one of the prettiest cars ever built. It, of course, comes from Lamborghini, in the form of their iconic sports car - the Lamborghini Miura.

History of the Lamborghini Miura
The Lamborghini Miura was produced by the Italian carmaker from 1966 until 1973. It was originally created by the engineering team at Lamborghini, who decided to begin designing what would become the Miura in their spare time. This was because company founder Ferruccio Lamborghini was not a fan of the idea initially, instead preferring to stick with the grand touring cars they had been creating rather than venturing into the world of racecar-esque sports models - favoured by local Italian rival marque, Ferrari.

The three engineers behind the Miura worked on the model at night, in a bid to create a prototype that would convince Mr. Lamborghini that the car would be a success - without being too expensive to manufacture. Fortunately for car lovers around the world, they succeeded in convincing the legendary marque owner, and the rolling chassis of the Miura was debuted at the Turin Auto Show in 1965. From there, the prototype went on show at the 1966 Geneva Show, with show attendees and motoring journalists instantly enraptured by the beautiful vehicle.

The Lamborghini Miura became one of the marque’s flagship models, and was periodically updated until it was removed from the manufacturing line up in 1973. In 1974 it was replaced by the Countach, during a time of financial difficulty for the luxury Italian brand. 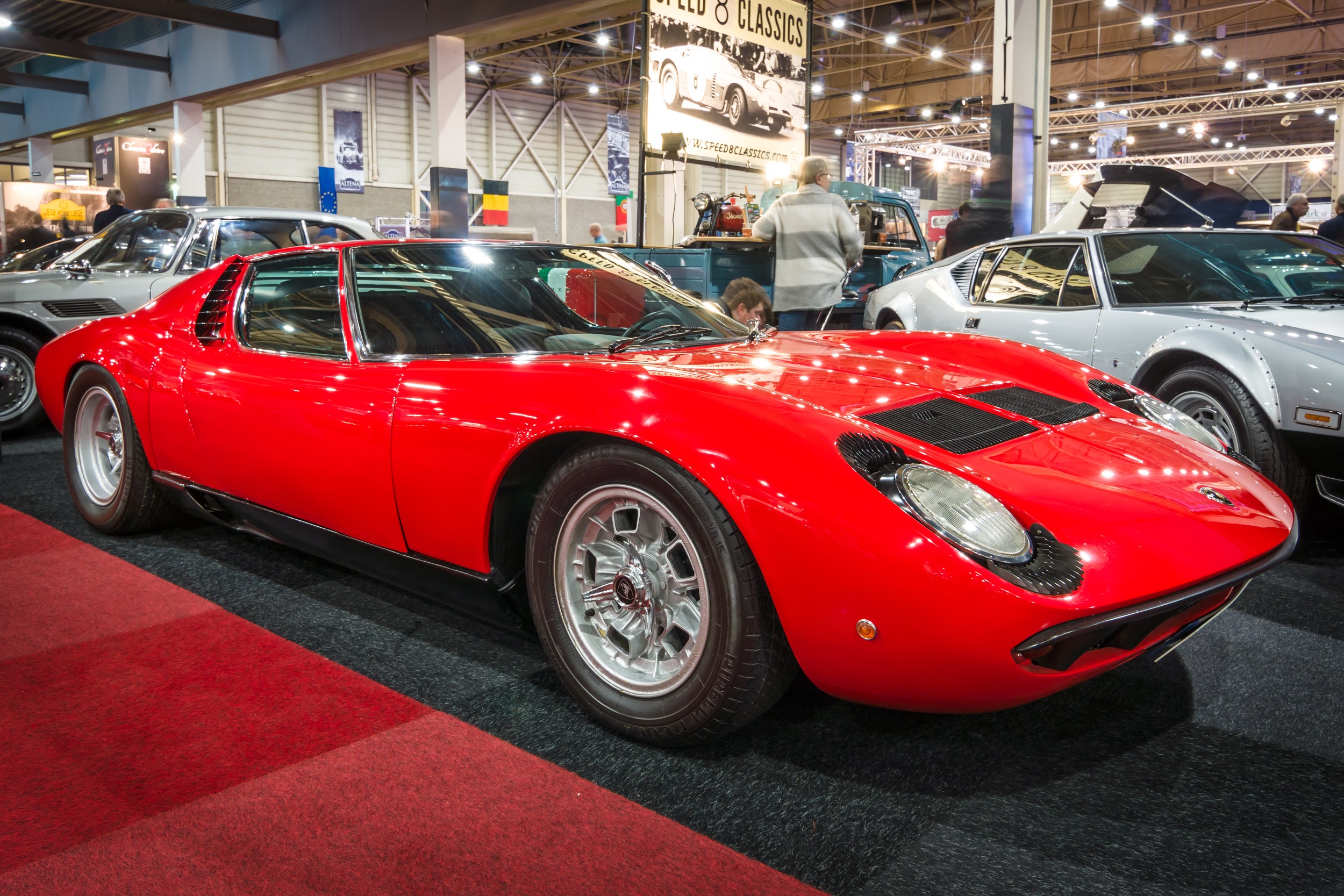 About the Lamborghini Miura
When the Lamborghini Miura was released it was recognised as the fastest production car on the roads, and it is considered to have started the trend of high performance, two seater sports cars that the world has seen ever since. According to Autocar, when the Miura was released it “blew away the rival Ferrari 275 and forced the Jaguar E-Type to eat its exhaust fumes.”

One of the remarkable features, and another trend-starting factor, was its mid-engined layout. The transversely mounted mid-engine layout was a step away from the designs used on previous Lamborghini models, with another unusual factor being the merging of the transmission and the differential within the V12. This was in part due to a lack of space in the sleek, compact design of the vehicle - the bodyshell measured just over 41 inches tall.

Autocar say that Lamborghini ended up building less than 800 of these iconic coupés between 1966 and 1973. From those initial models, only 400 are still believed to be in existence, which explains why the Lamborghini Miura is such a popular vehicle with classic car enthusiasts around the world. It also explains the potentially hefty price tags seen attached to models today: a Miura used in the opening scenes of The Italian Job was on sale for £3 million, while Sir Rod Stewart’s Miura was offered for sale at £1.2 million.

How do you feel about the Lamborghini Miura? Would you love to get your hands on one? Tweet us at @Footman_James to join our discussion on this iconic vehicle.