The motorbike industry has changed dramatically throughout the decades, from the bare-bones classic motorcycles of the 1900s to the Japanese Superbikes of the 1980s. In this two part blog series we are going to take a look back at how classic motorbikes have evolved over the years, and how history shaped today's industry. 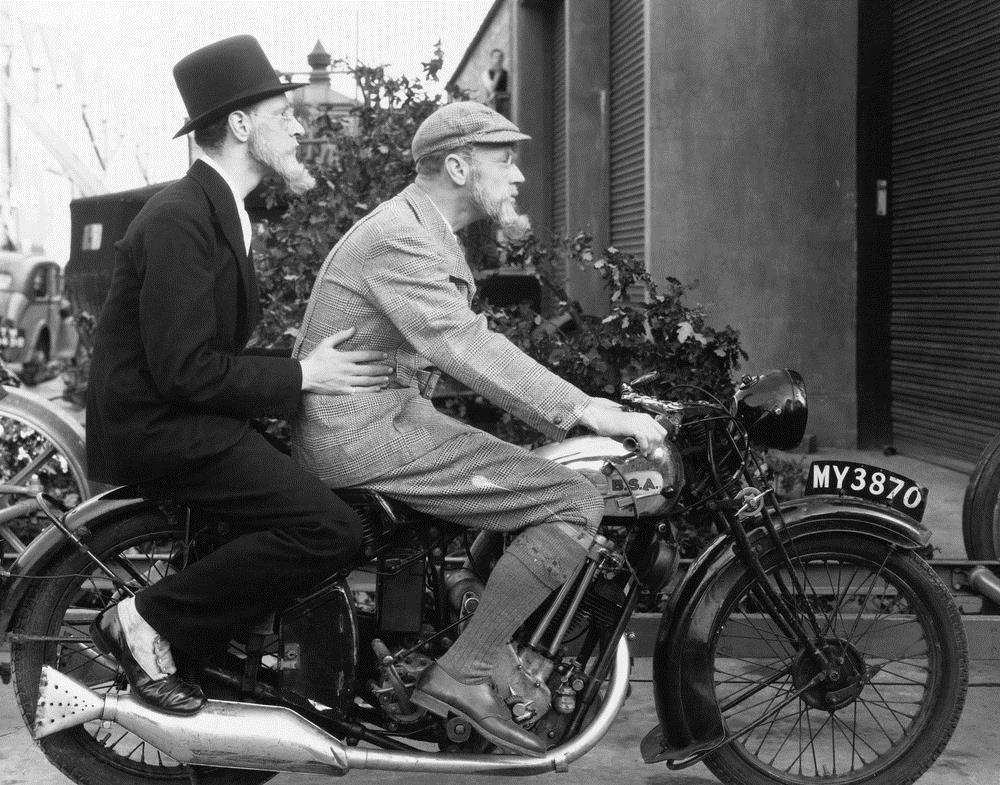 Late 1890- 1910
Though the concept of motorised bikes had been attempted numerous times before, Hildebrand and Wolfmüller was the first series production vehicle and the first to be called a motorcycle. It could travel at a top speed of 28mph with an engine power of around 2.5bhp. In the UK, it wasn't until 1898 that the first motorcycle was put into production by Excelsior Motor Company. Towards the 1900’s motorbike production moved into mass production and several British production firms like Royal Enfield, Triumph Motorcycles, Birmingham Small Arms Company and Norton joined the industry.

1910s
The First World War brought new purpose and added attention to the motorcycle industry as they replaced horses to become the much-preferred method of carrying messages and performing reconnaissance. Harley Davidson, which was founded in America in 1903, dedicated over 50% of its factory output to the military effort. The Triumph Type H was one of the most popular British models of the decade, selling more than 30,000 units to allied forces.

The model H is regarded as being the first “modern motorcycle”. It used a 499cc air-cooled four-stroke single engine, and was fitted with a three-speed countershaft gearbox, operated by a hand gear change lever. The motorbike’s popularity and effective advertising campaign led to the motorbike being known as ‘the trusty’, or the ‘trusty triumph’. By the end of the First World War, Harley Davidson had found itself in an extremely good position in the industry and was the world's largest manufacturer at the time. Its motorbikes were being sold in 67 countries. Manufacturers continued to improve on the design of motorbikes, including internal expanding drum brakes so that drivers could slow the vehicle easier. Brough Superior SS100 was designed in Nottingham in 1924 and advertised as the “Rolls Royce of Motorcycles”. They were one of the fastest motorbikes at the time, with a guaranteed speed of 100mph.

1930s
A German manufacturer took Harley Davidson’s mantel as largest manufacturer in the late 1920s/ early 1930s, but generally the decade was difficult for the motorbike industry. The Great Depression in America affected markets around the world and lead to squeezed profit margins for many of the motorbike manufacturers.

One of the trends in motorbikes of the decade were to focus more on the colours and design of the motorbikes; this is something Harley Davidson in particular focused on. 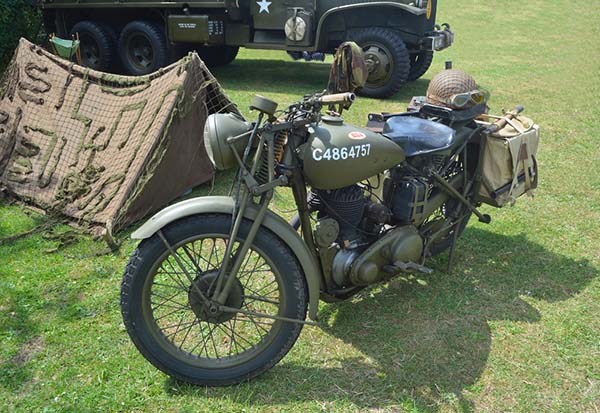 The Second World War once again pumped new vigour into the motorbike industry after the difficult previous decade. Many of the world's largest vehicle manufacturers, like BSA and Norton, were enlisted to produce motorbikes or parts for the war effort. After the war was over there was a renewed enthusiasm for the transport industry and an increased demand for motorbikes in particular. Triumph suffered a loss during the war when their factory was destroyed in the early Coventry Blitz, but post-war, the company were back up and running with new models.

The British Vincent Motorcycles produced the Vincent Black Shadow in 1949 which broke the land speed motorcycle record at 125 mph, which it would hold for a further 24 years.

The Triumph Speed Twin, designed before the war, was produced in large numbers to recoup some of the company’s losses. The bike was a 500cc OHV vertical twin in a lightweight frame, and was the first truly successful British parallel twin. The motorbike model was revolutionary because it was lighter than many contemporary singles and was complimented by a great deal more torque and power.