March’s Classic Car of the Month is the Porsche 928. This classy, elegant vehicle mixed the inner workings of a sports car with the interior design of a luxury sedan in spectacular style, and it still looks tremendous when seen on the roads or at shows today. The luxury GT car was produced by Porsche AG of Germany between the years of 1978 and 1997, and proved to be as popular with drivers then as it is with collectors now. 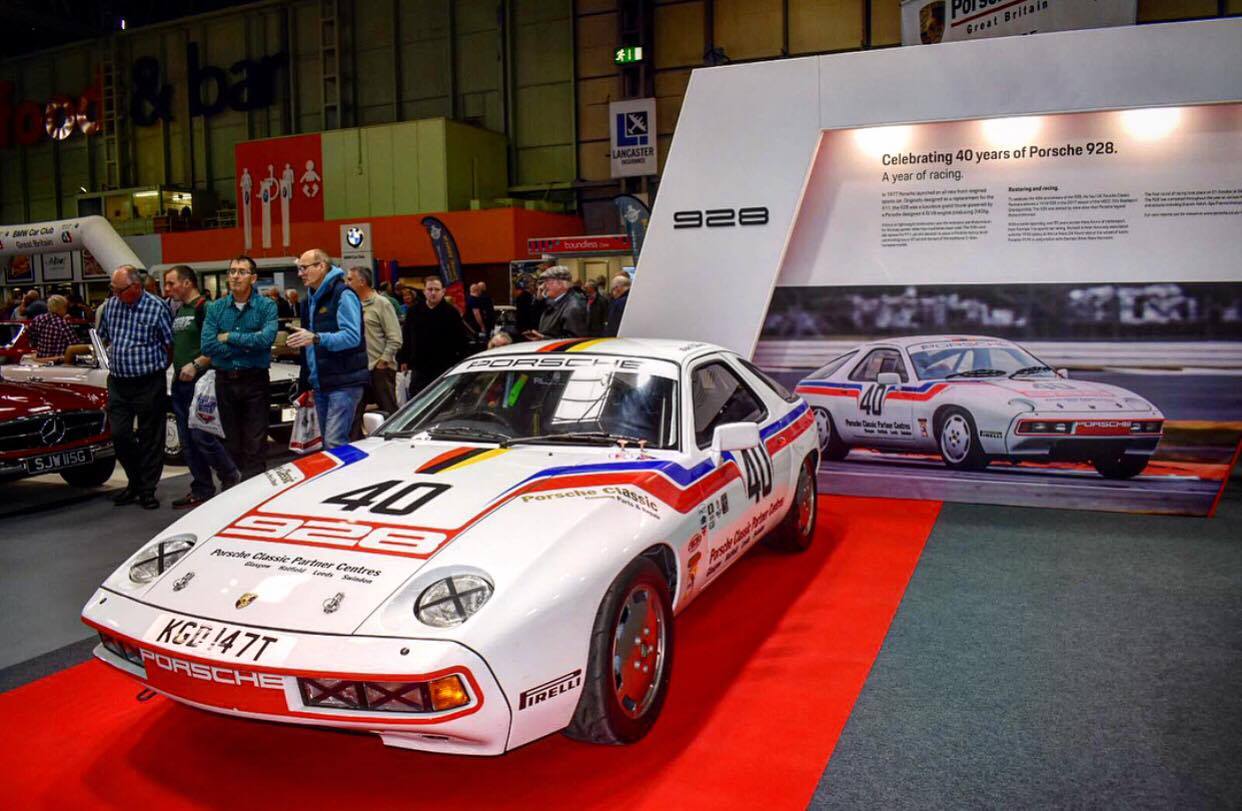 Initial design of the 928 was put into action when it was clear to Porsche executives that the popularity of the earlier 911 model was beginning to wane. In an attempt to appeal to a larger audience, the 928 was designed to use the mix of power, poise and handling seen in a sports car, but was fully kitted out with the high quality internals of a luxury sedan. The distinctive body was styled by Wolfgang Möbius under the guidance of Anatole Lapine. It was constructed almost entirely from galvanised steel, except for the doors, hood and front fenders which were aluminium, in order to make the car more lightweight.

The Porsche 928 was debuted at the Geneva Motor Show in 1977 before going on sale later that year. Whilst some Porsche fans were initially sceptical over the car's high base prices and unusual design, the 928 did win early acclaim for both its power and comfort.

The Porsche has a number of distinctive features, which clearly represent its designer’s attempts to make a car that appealed to a wide market. The car had four seats in total, with the rear seats foldable to offer more storage space in the rear of the vehicle. It was also the first model by the manufacturer to feature a V8 engine under its hood.

The time and effort spent on the design of the car clearly paid off. It won the European Car of the Year award in 1978, the only sports car to have won this competition, beating the BMW 7 Series and the Ford Granada to do so. Despite the award conventionally going to mainstream sedans and hatchbacks, the car's success in the competition is regarded as proof of how advanced it was for its time.

Whilst early sales were slow, the car ended up selling about 17,000 models in its first iteration, and over 60,000 from all its eventual models. The changes to later models released during the car’s 18 years of production were fairly subtle, and kept to the general design of the original. A number of features, both included as standard and modified, were popular with the car, including distinctive pop up headlights.

The Porsche 928’s speed and design makes it an excellent car for collectors and it is definitely one to keep an eye out for at auctions and classic car shows.

classic car of the month porsche 928