Our Classic Car of the Month for February is the eye catching Triumph Spitfire. This small English sports car was produced between 1960 and 1980, and sold over 200,000 units. Five models of the car were produced, and whilst the model changed dramatically throughout the years it has remained an incredibly popular option amongst sportscar drivers of the time and classic car collectors today.

The Triumph Spitfire was originally designed in 1957 to compete in the small sports car market, which had been opened up by the introduction of the Austin-Healey Sprite. Whilst the design was based on the Standard Triumph, there were notable additions made by its Italian designer Giovanni Michelotti that set it apart from other models on the market. These included a swooping body and wind up windows, which the Sprite didn’t have. Despite the plans for the model being drawn up in 1957, it wasn’t until the Leyland organisation took over the struggling Standard-Triumph in the 1960’s that the Spitfire was put into production. 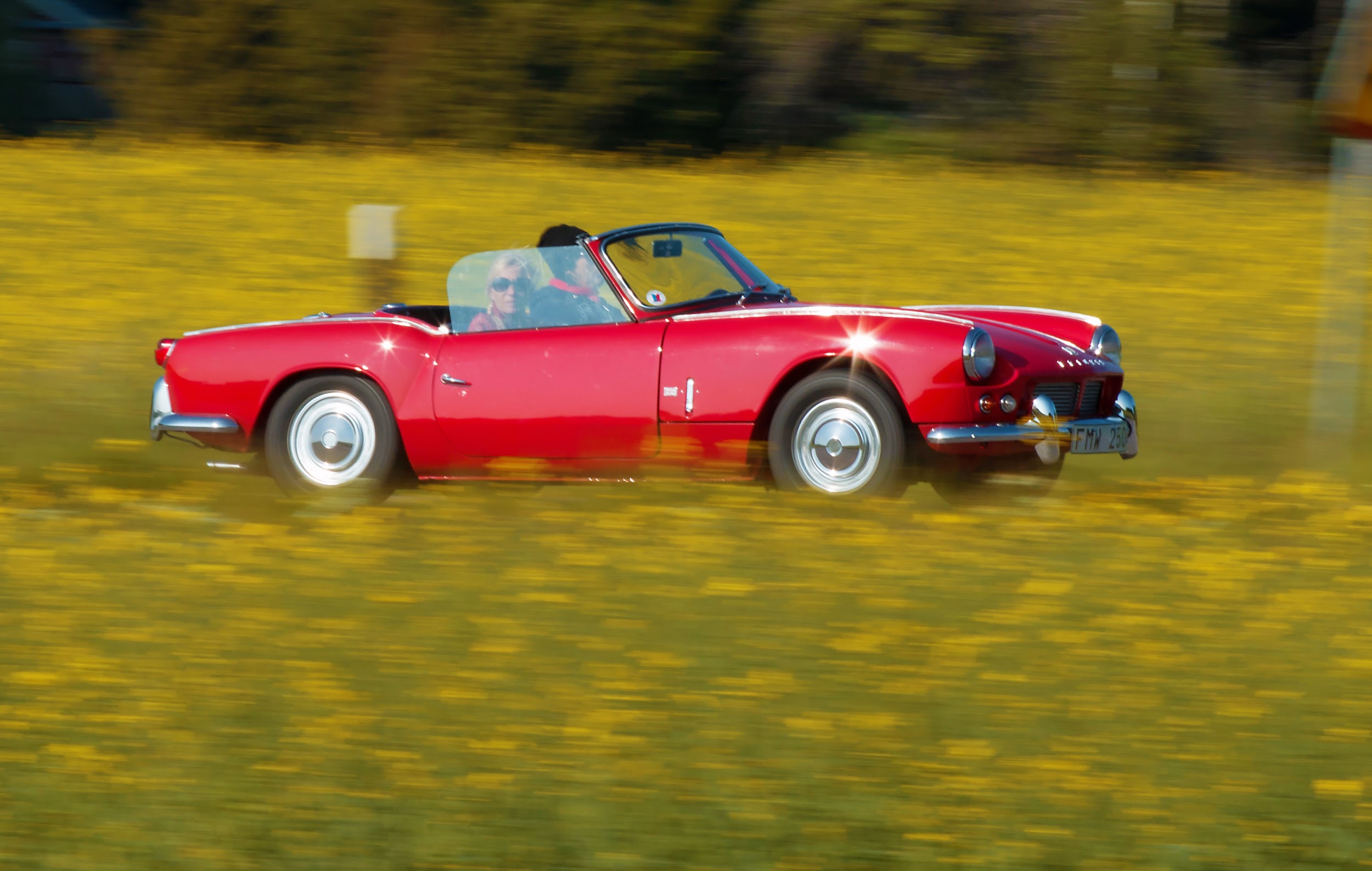 The Spitfire 4 or Mark I sold 45,753 during its production run, from 1962-4, and contained a 1147cc 4-cylinder engine which produced speeds of up to 92 mph. The small automobile had a traditional swooping body and had relatively basic trim, which reflected Triumph’s ambitions to create an inexpensive sports car.

The Spitfire Mark II was put into production in 1965. It kept a similar design to the Mark I but with a slightly more tuned engine, which increased the car's power substantially. 37,409 Mark II’s were produced between 1965 and 1967, before the Mark III was released.

The Spitfire faced its first major facelift in the Mark III, which had the bumper and front coil springs raised in order to satisfy new safety regulations. These changes gave the car a distinctive out of proportion look. Nevertheless, the car also featured a 1296cc engine, which made it the fastest Spitfire yet.

More dramatic changes occurred in 1970 with the release of the Mark IV. This Spitfire featured a redesigned ‘cut-off’ rear end and a brand new bonnet. The interior of the car was also redesigned and improved in quality, which also meant that it was slightly slower than the Mark III due to the extra weight. The new model did however address issues with the original swing axle design, which improved handling substantially.

The final model of Spitfire was the 1500 series, which was released in Canada and the US in 1973 but didn't get released worldwide until 1975. Various alterations and a 1147cc engine made the Spitfire 1500 the fastest iteration, being able to reach speeds over 100mph. The car had a lower frame which gave a skid pad result average of 0.87g, which was far ahead of the competition at the time.

Numerous adjustments continued to be made to the car until 1980, when the last Spitfire, a yellow UK model, rolled off the assembly line in Canley. This car was never sold and can still be seen on display at the British Motor Heritage museum in Gaydon.

Far from being a relic, the Spitfire series featured some of the most distinctive sports cars of the 60’s and 70’s, and they continue to be enjoyed by classic car collectors today.