Classics in the News This Week

Whether they’ve sold, are up for sale, or have been restored to the joys of roadworthiness... classic cars are already making the news in these early days of 2015.

We look at some of the gems which have hit the headlines...

Lightweight Jaguar E-Type (1963)
Fiskens sold this lightweight jewel. But there was nothing lightweight about the price tag. The £4 million-plus deal made it a great start to the new year for the classics industry.

So what makes it so special? For a start, it is among only 11 of its kind still surviving. They were made to give the likes of Ferrari’s 250 GTO a competitive run for its money.

This beautiful black car raced at Nurburgring, Brands Hatch, Silverstone, Goodwood and Snetterton, achieving victory at the latter and a British Grand Prix placing of fifth.

Its owners have included notable racing drivers Peter Sutcliffe and Juan Barazi. No wonder it went for somewhere between £4 million to £7 million.

Forty years have seen just over 10,000 miles under its bonnet. And unlike most other 126s, it hasn’t rusted to bits.
Graeme Hunt, the London-based classic dealer, has put it up for £10,750.

The lucky buyer may forgive or even delight in this award-winning beauty’s strikingly eccentric gooseberry green shell.

Vauxhall Cresta (1959)
Terry Smith has gone on a Cresta run with a difference - after returning a classic car to the highways and byways of Britain following a four-decade absence. 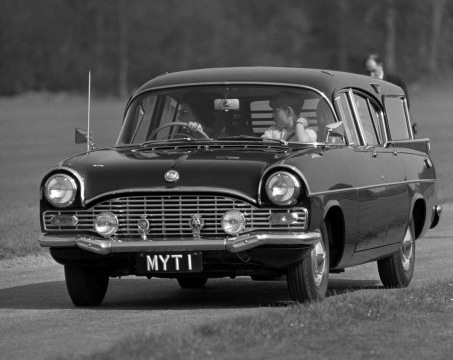 Cheshire-based Mr Smith has had the magnificent Vauxhall for 51 years and drove it from 1964 to 1974. But it is only with retirement that the ex-haulage company service manager has been able to get it roadworthy again.

This meant a three-year, complete restoration, including engine and gearbox stripping, mechanical overhaul, fresh bushes and - his favourite part - repainting.

So can we expect this restored treasure to be auctioned? Not likely, says Smith, who doesn’t sell anything. Oh well, worth a try.

Aston Martin DB2/4 (1955)
One car that will be going under the hammer is a limited-edition Aston Martin barn find that has been hiding its star under a Gloucestershire bushel for almost five decades.

Garage clearers chanced upon the 1955 DB2/4, which was among just 451 manufactured, following the death of its owner five years earlier.

So what happened to the car all this time? Apparently, its keeper reportedly dreamed of doing up its engine. Instead, the bright, dark blue motor remained tethered in its garage during 1967.

The sheet and dust-covered car had faded from memory by the time it was discovered with 1960s newspapers in its boot. Experts believe it may once have been an unmarked police car.