Dozens of classic motorcycle enthusiasts could be heard revving up their engines for the 51st annual ride from Coventry to Brighton.

The event, which was first staged in 1962, sees members of the Vintage Motor Cycle Club’s Midlands section making a convoy down to the Sussex coast.

The riders met outside Coventry Transport Museum on Saturday 9th April before being sent off on the 160-mile journey by the Lord Mayor of Coventry, Councillor Michael Hammon.

Among those taking part in the trek was Dave Thomas, from Solihull, who had the honour of riding the oldest bike on the run – a 1926 Sunbeam Longstroke. 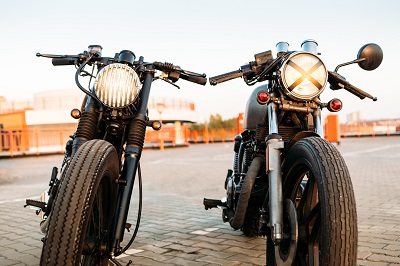 The Longstroke was the fastest single-cylinder, side-valve motorcycle in its day. The model stayed in production over the lifespan of the company and subsequent takeover by Associated Motor Cycles in 1937 but underwent many stylistic changes over the years.

The popular Coventry to Brighton event was brought back to life last year by Vintage Motor Cycle Club Midland secretary Bob Badland after a four-year hiatus following the death of the original organiser Charles “Titch” Allen in 2010.

The club was founded in April 1946 when a group of 38 enthusiasts got together at the Lounge Cafe, Hog's Back in Guildford.

The idea was to create a club for the owners of machines manufactured prior to December 1930 so they could take part in rallies, hill climbs and trials.

Today there are more than 17,000 members, and every year events are held all over the country. This year the club is holding some special gatherings to celebrate its 70th anniversary.

The ride to Brighton set out from Coventry Transport Museum, which is home to the largest publicly owned collection of British vehicles in the world.

Now fully reopen after a £9.5 million makeover, it tells the story of Coventry and its people through the rise and fall of its motoring industry. Its star motorcycle exhibitions include Ted Simon’s Triumph Tiger 100 and Triumph T140 Bonneville.