Driving in the First-Chance Saloon

Nostalgic classic car buyers are reliving their childhoods by buying the motors that their parents drove.

Dealers say there’s never been a better time to buy a 1970s saloon, with the market buoyant.

And waves of 30-and-40-something enthusiasts are taking out classic car insurance on vintage models such as Vauxhall Vivas and Morris Marinas.

Furthermore, shows are opening people’s eyes to saloons as cars which are - for the first time - truly being accepted within classic circles. 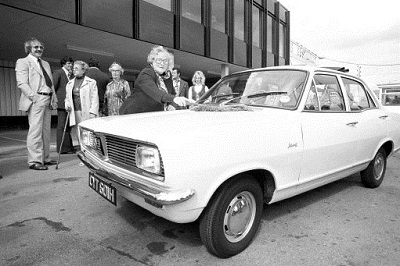 But there’s a third reason behind this mini-boom, according to Steve De’Ath, of KGF Classic Cars, and that’s the volume of restoration programmes giving saloons from that era a greater profile.

He says that not so long ago the industry only had Wheeler Dealers to publicise the hobby. But now enthusiasts are perking up and saying: “Perhaps I could do this.”

General appreciation trends
Long-term investments don’t come much better looking than a classic car, especially now that many are outperforming traditionally safe speculation favourites such as gold, property and silver.

A recent edition of Wheeler Dealers showed that classic cars can bring incredible returns around 18 times the rate of inflation, especially at the top end of the market.

The Aston Martin DB6’s value rose by an inflation-busting 478% and the AC Cobra’s by 333% in the same time span.

Compare these to the result investors saw in gold, silver and property, with their values rising by 181%, 139% and 15% respectively in that decade. Inflation rose by almost 38% in this time.

With 1970s saloons today being snapped up as an affordable entry point to the classic-collecting pastime, it’s a great way for collectors to get one foot on the ladder.

If you have a classic saloon, protect your pride and joy with our classic car insurance policies.