The Footman James Concours d’Elegance returns to the Chateau Impney Hill Climb this July and is expected to be one of the highlights of the event. This year the theme is “Through the Ages” and as such, two fantastic classic or vintage cars will be sourced per category. These categories include:

The first category will be representing pre-1925 vehicles, and we have managed to source two exemplar machines from this period for visitors to enjoy. 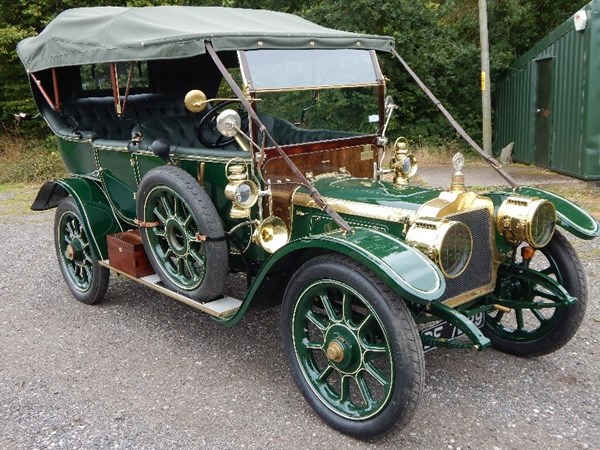 The Talbot Roi-Des-Belges Tourer is a luxury carriage, part-built in 1911 in London. Talbot’s facility in London at the time was very large, but the final build was not completed here because this Talbot was destined to be sent to Australia. Sending completed vehicles abroad was very expensive, so Talbot opted to send only the chassis to Australia.

Upon arrival in Australia, the chassis was delivered to the main importer and dealer of Talbot goods for the Australian market – Isaac Phizackerley. Phizackerley himself owned a coach building company, and they soon completed the vehicle to the original London design.

The Talbot Roi-Des-Belges Tourer was fitted with an array of branded fixtures including a 15hp Bore and Stroke engine, Rushmore brass acetylene headlamps, Powell & Hammer oil side lamps and rear wheel breaking. Whilst no instruments were fitted to the Rois-Des-Belges, it does in fact have an air horn which is operated by a lever on the dashboard and runs off the air in the number four cylinder – a feature that is still in working condition!

Prior to the 1960s, little is known about the provenance of the Roi-Des-Belges. Though from this point onward, ownership of the vehicle was recorded and in 2014 the Talbot Roi-Des-Belges Tourer made its way back to the UK. The Roi-Des-Belges was then acquired on 3rd December 2014, where its current owner purchased it, coincidentally, at the Chateau Impney H&H auction!

The vehicle was, however, in poor condition and apparently had to be carried to the auction in fragments – which meant that it was necessary to embark on a restoration journey to bring the Talbot back to its current well-kept condition. Whilst the vehicle was being restored, electric indicators and a starter motor were fitted as safety measures to avoid having to use the starting handle. Regardless, it is a great example of coach-building from the 1900s. This example was put forward by a member of the Talbot Owners Club. 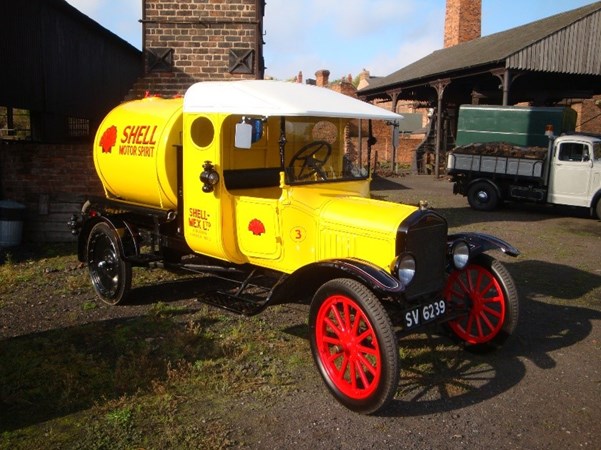 Perhaps one of the most iconic pre-1925 vehicles, the Ford Model T is believed to be one of the first accessibly affordable motorcars. Produced from 1908 to 1926, the affordability of the Model T was largely due to Ford’s innovative assembly line production.

The Model T was meant to be all you would ever need from a car and Henry Ford ensured that the Model T could handle a range of situations –such as a tractor that could tackle farm lanes and mud and double as a portable engine when used as an automobile. It could also cross a light stream or climb a steep hill if need be. The Model T could even be parked on its side and have a pulley fastened to its flat belt to drive a manner of applications, including a silo blower, thresher, bucksaw, water pump or electrical generator.

It was clear that the Model T was adaptable and could be used for a plethora of commercial applications, which meant that, to meet demand, in 1917 the Model TT chassis went into production. An improvement on the original Model T, the Model TT was created by Ford with a four-cylinder engine, mated to a coil ignition with two-speed epicyclical gearbox and produced 22hp – though this did not make for the quickest machine and it capped at about 20mph.

The Shell fuel tanker taking part in our Concours is an original tanker that has undergone a complete restoration in recent years and was purchased by its current owner in 2007. It was once part of the renowned Essex-based ‘Sharpe Collection’. This example was put forward by Fisher Restorations.

Which of these vehicles is your favourite? Let us know in the comments below.