Footman James is to play a key part in bringing a long-gone but not forgotten classic motorsport venue back into action.

Motorsport returns to the historic Chateau Impney on the weekend of July 11-12 after an absence of nearly 50 years.

As classic car insurance experts, FJ has signed a special partnership agreement with organisers of the event, to be held at Droitwich Spa’s Chateau Impney Hotel and Exhibition Centre in Worcestershire.

Rich history
Half a century ago this climb outside the elegant French chateau-style property was one of the first dates in the British motor sport diary. 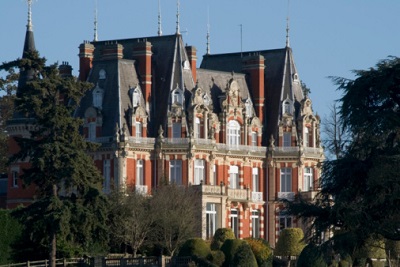 Thousands of fans packed into the lush grounds to witness grand old cars do battle until 1967.

Now the venue is reviving its motorsport heritage with a Hill Climb and as many as 10,000 fans are expected during the two days. New owners took over the venue three years ago and aim to restore the venue's cherished motoring reputation.

The iconic course is 1,000 yards long; twice the distance of the old one and even more challenging.

Tickets went on sale at the weekend. Enthusiasts can secure theirs and get 10% off it they book prior to June 30.

Delighted
Footman James director David Bond is thrilled at the prospect of being associated with the revitalisation of the Chateau as a motorsport venue.

Mr Bond says the initial response to its comeback has been so positive it seems set to make its mark once more as among the leading motor sports events in the Midlands.

Mr Spollon said he wants to replicate the camaraderie and inclusiveness of previous years’ attendees at the 2015 climb and beyond.

In its pomp, the Impney Hill sprint was among the most eagerly awaited events in the motor sport calendar, he said.