Four rare motorcycles and sidecars worth £50,000 found in barn

Four rare classic motorcycles and sidecars will be sold at auction after they were discovered in a barn.

All four were bought around 30 years ago by a motorcycle enthusiast and his son, who had hoped to open a museum together.

However, after their plans fell through, the bikes were left in barn in Gloucestershire, untouched for decades.

The bikes will now be offered for sale at H&H’s auction Donington Park Auction, scheduled for November 16 in Derbyshire. 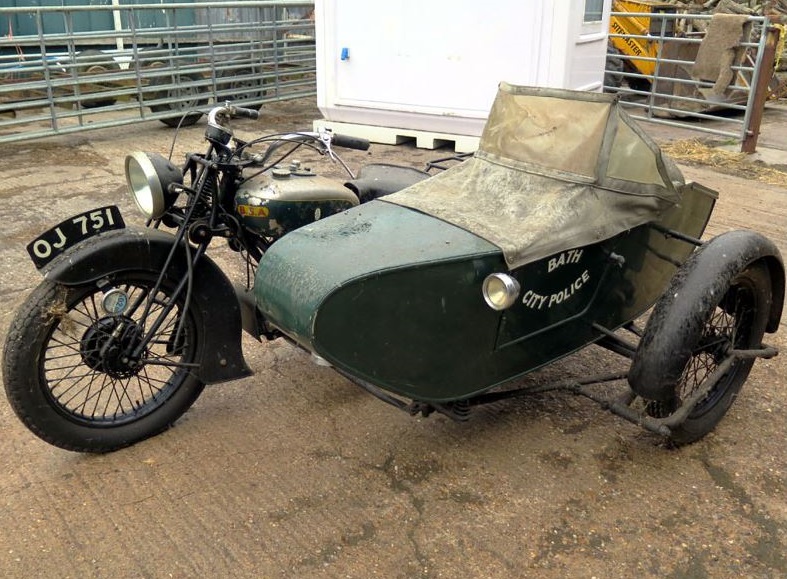 Mark Bryan, motorcycle specialist at auctioneer H&H, which is selling the vehicles, said he “could barely believe it” when he saw the motorcycles and sidecars together.

"I would have been elated to find one of these old sidecars but to find four was astonishing,” Mr Bryan told The Express. I could barely believe it at first, sometimes you just get lucky. The term barn find gets thrown around a lot but this is the real thing, the sidecars were literally pulled from a barn.

"The owner, an avid bike enthusiast, was going to open a motorcycle museum but it didn't work out so these were placed into storage. "The bikes should prove popular during the auction as over the last five years prices for bikes in good condition have sky-rocketed.

"We've even asked the vendor to leave the bikes as he found them, as buyers appreciate them more that way,” he said. Whoever makes the purchase is likely to use them as showpieces at rallies. It is rare to find motorcycles with an original vintage sidecar as many become separated from their bikes or are destroyed".

The green sidecar attached to the 1,000cc motor reads 'Bath City Police' and it still has its original windshield.

The Quadrant and AJS models have been valued at £12,000 and £14,000 respectively, because they are 'matching', meaning the frame, engine and gearbox are all original.

The green sidecar attached to the 1,000cc motor reads 'Bath City Police' and it still has its original windshield.