Who says nostalgia’s a thing of the past?

Classic connoisseurs’ passion for olden-day motors and fashion was stronger than ever at the 18th edition of last weekend’s three-day Goodwood Revival (September 11-13).

Chris Evans experienced mixed fortunes at the festival after trying to auction some of his prized classic cars.

The new Top Gear presenter walked away from the Chichester venue a post-deduction £1,312,115 better off - after half of his 12 lots failed to sell.

The 49-year-old radio host had hoped to make £8 million from cars going under the Bonhams hammer. 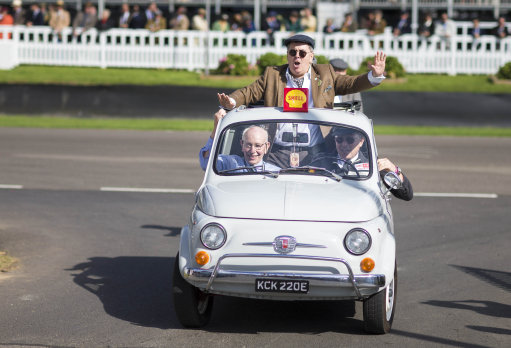 Among the lots that failed to attract interest included his:

Evans’ Ferrari 250 SWB Recreation accounted for nearly half of his overall incomings - selling for £606,000.

He was also cheered by raising over £50,000 towards Children In Need in a special motor memorabilia auction.

Evans recently announced that Lisa Clark, the former producer of The Big Breakfast, will be teaming back up with him when Top Gear returns to the BBC next year.

Meanwhile, in the same sale, rocker Keith Richards pocketed £763,000 from the sale of a prized Bentley. The Rolling Stones legend waved goodbye to his “Blue Lena”.