Harrison Ford has been out and about showing there’s nothing more therapeutic than driving a Jag.

The Star Wars and Indiana Jones actor was spotted returning to near full health on a spin around Los Angeles - just five months after surviving a plane accident.

Ford, 73, famed for his handling of the Millennium Falcon during the Star Wars movies, showed an equally assured touch at the helm of his 1955-built Jaguar XK140.

Said to be worth 150,000 dollars (over £95,000) when he bought it, the open-top Jag ferried Ford around LA’s Brentwood neighbourhood before he filled her up at a petrol forecourt. 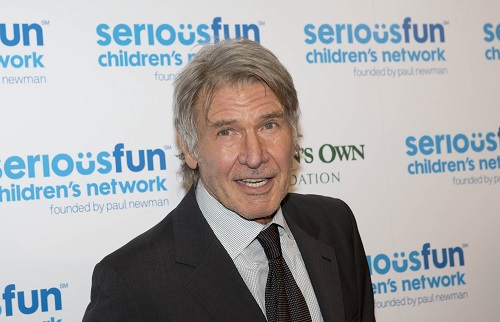 Ford is still recuperating from March’s accident in which he broke an ankle and his pelvis. He crash-landed his single-engine aircraft on a Californian golf course.

Few motors covered by classic car insurance give the same sense of exhilaration and freedom of spirit as this beauty.

It was crafted during the mid-1950s when Argentinian Formula One driver Juan Manuel Fangio - El Chueco or “the bow-legged one” - was dominating the Grand Prix scene in a golden era of racing.

The car was an upgrade on the XK120. Improvements included better brakes, extra interior space and more suspension travel. In addition, the previous lever-arm design was replaced by telescopic shock absorbers.

The machine hovered around the 120-125mph mark (193-201km/h) at best with 0-60mph acceleration in around eight-and-a-half seconds. This was pretty hair-raising for the time.

They went out of production in 1957 after a distinguished three-year spell in the spotlight.

Actors and their Jags

Ford isn’t the sole member of the Jag-loving acting club. All the below share the same passion.

Patrick Stewart (XJ-S 12-cylinder): little is lost in comparison with the Starship Enterprise’s warp-drive when the Star Trek actor takes out his ‘monster’ of a car. The Captain Jean-Luc Picard star says driving it is one sport you are allowed to take part in sitting down as everything else disappears in a cocoon of concentration.

Shahid Kapoor (custom-made): the Bollywood star should easily stand out from the crowd in this brilliant postbox red head-turner. The Haider heart-throb paid a reported 15 million rupees (£147,000) to land a Jag to his own specifications.

Tom Conti (E-type): the 73-year-old Whose Life is it Anyway? actor’s ardour for fast, classy cars has seen him own an array of classics over the years, including a stunning E-Type Jag.

What are you waiting for?