evo magazine founder and Youtube star of Harry’s Garage, Harry Metcalfe, has had his classic vehicle mind quizzed by Footman James, but what would your answers be? Tell FJ your thoughts by commenting below!

What are your thoughts on electric conversions for classics?

I like the idea, particularly when used on cars where the engine is not its star feature. I'd like to see electric versions of the Fiat 500, VW Camper, Citroen Mehari, Citroen DS and Rolls Royce Cloud, for example. These would make perfect runabouts in tourist areas.

Where is the worst place you have broken down?

I think that would have to be in the Sahara Desert when the Testarossa refused to start one morning. There's no roadside rescue services in Morocco and little in the way of garages, so it's all down to you to fix stuff by the roadside and we ended up stripping out the wiring loom to try and find the fault. With the sun getting hotter by the hour, it was a huge relief when we found a broken wire and the flat-twelve roared into life again. 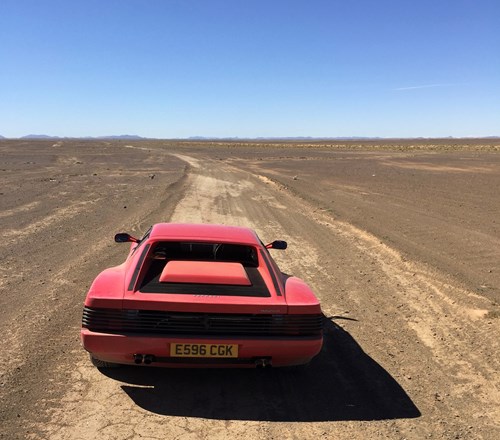 Hmm, tough one. Maybe my Maserati Granturismo MC, which looked great but had one of those rubbish auto-manual gearboxes. That, plus the fact it had a noisy exhaust (which meant Mrs.M wouldn't drive it) meant it had to go. As for which car I regret not buying, that would have to be the Ferrari 288 GTO, which I turned down to buy the Pagani Zonda C12S. Next time...

What was your favourite part of your Arctic trip?

The easy answer is getting home! But the drive back to the hotel at midnight, after we had captured the amazing shots with the green Aura dancing above the Rolls was extra special. We rounded a corner and suddenly the sky lit up and with the most energised Aura we'd ever seen exploded in the sky above us. We parked up in the freezing temperatures and watched the nature's light show in awe. 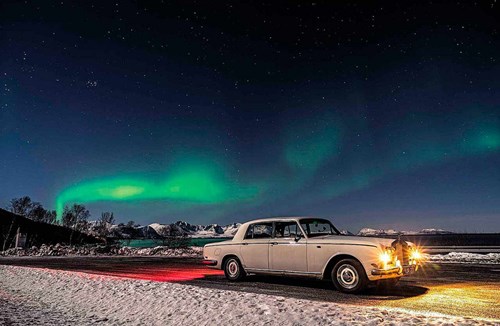 What was your favourite classic car event you attended this year?

My annual favourite is the Goodwood Revival, but I didn't go this year, so it must be the Hampton Court Royal Concours, thanks to its spectacular setting and extraordinary cars.

What are your thoughts on MOT exemptions?

A bit odd, as I like another set of eyes going over my car, pointing out any potential issues. On the flip side, as an owner, I like the fact that I can now run my forty-year old classics for zero road tax and not MOT to worry about. Feels like you've escaped 'the system' somehow.

What would be your advice to budding young enthusiasts who are interested in classic vehicles?

Buy something you are going to enjoy driving as I find if I don't enjoying driving a car I never actually love it, even though it might be the best example out there and very handsome to boot.

What two vehicles would you merge together and why?

Yikes, that's tricky one. I think it would be the engine from the Lamborghini Espada with the Ferrari Lusso. Fact is Lamborghini made better, more exciting engines in the sixties, while Ferrari made the most beautiful cars.

Who do you look up to/ who influences you in the classic vehicle industry?

Jay Leno is a big hero of mine, he's such an enthusiast and has been for decades. I'm also mightily impressed by the Duke of Richmond for maintaining such a high standard at all of his Goodwood events. That takes some doing.

What has been your favourite Harry’s Garage video to film?

I think it has to be the Lamborghini Miura. It was the first Miura I have really enjoyed driving as it was very well sorted and set up for driving, rather than winning a concours event. I'm hugely grateful to the owner for letting me rag it along my favourite Cotswold roads.

Why not watch some of Harry’s adventures, including his Arctic trip and Lambourghini Mira video, by visiting video section of the Classic Hub on the Footman James website? And remember, don’t forget to have your say by commenting below.