Have Your Say on Classic Awards

You’ve been invited to nominate your favourites for one of the most prestigious nights in the historic car awards calendar.

The fifth edition of the International Historic Motoring Awards (IHMA) will be staged at a special gala dinner this autumn where the winners will be announced.

One of the most eagerly-awaited prizes on the night is the Footman James-sponsored Club of the Year award, with several of our nation’s favourite car clubs all gunning for glory. 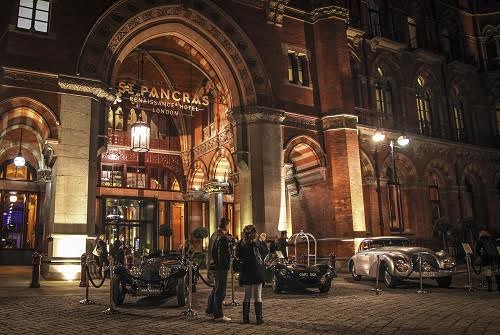 The awards annually pay tribute to the very best in the industry across a wide range of sections. There are 14 categories up for grabs and you can make your submissions for all but one.

How do I nominate?

Simply fill-out this online nomination form - you’ve got until October 1 to get your recommendations in.

The only exceptions are for Car of the Year, which has to be in by September 1, and the Lifetime Achievement award, which the IHMA panel of judges and organisers will decide.

For the Car of the Year gong, you’ll get not only the chance to cast your nomination but also your vote, once a shortlist is published.

So who’s on the panel?

Well, it’s like a who’s who of the classic motor world.

What are this year’s 14 categories?

Why not see the awards yourself?

In a short space of time the IHMA gala has won a reputation as one of the places to be in the classic car inner circle.