Despite having a maximum towing capacity of 3,500kg, in September this year the iconic British brand released a video showing a Discovery pulling a 110-tonne road train across the Australian outback.

This time around, and in what was a true David and Goliath moment, a classic 1972 Land Rover came to the rescue of a mammoth HGV, pulling it through treacherous road conditions to safety. 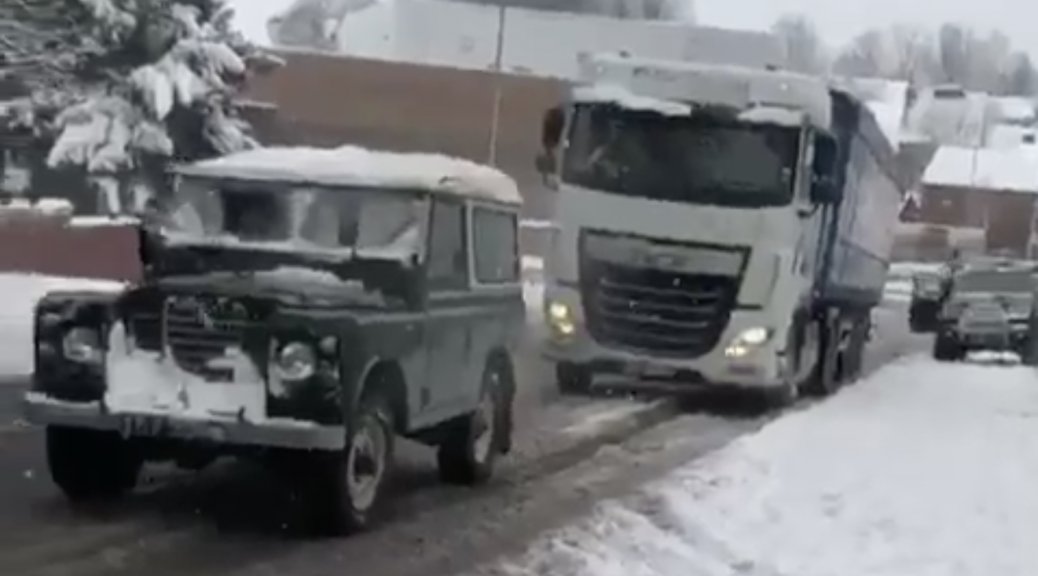 In a video posted to Twitter by @LandRoverUKPR, passers-by look on as the classic Series III saves the day, driven by owner Daniel Morgan.

The quintessential British off-roader is seen making its way up a snow-covered street, pulling a DAF truck that appears jack-knifed as it tries to make its way out of a side road.

But despite the weight of the HGV, the 45-year-old vintage motor makes light work of pulling it through its turn and towing it up the icy road.

With the cold winter weather still upon us, make sure that your classic car has the correct cover, to guarantee you do not end up in a sticky situation. Visit footmanjames.co.uk to see what we can do for you.