Highlights from the Goodwood Festival of Speed 2015

The Goodwood Festival of Speed is a highlight of the motoring calendar year after year; a paradise for petrolheads in the West Sussex countryside, and 2015’s event was no different. This year’s theme was “Flatout and Fearless: Racing on the Edge”, which proved to inspire one of the most action-packed FoS events in recent years. From luxury hypercars to MotoGP legends and the fastest ever mile completed on two wheels, this year’s Goodwood FoS was full of surprises. 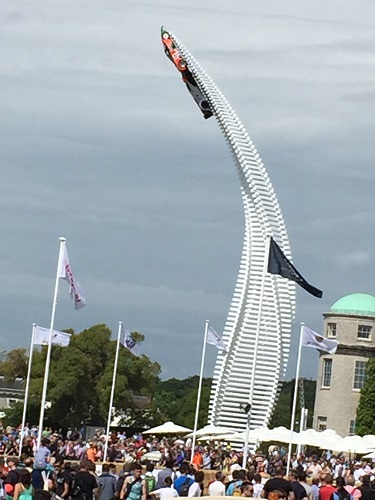 Mazda was chosen as the featured manufacturer for 2015, with two of the Japanese marque’s vehicles soaring atop the event as part of a dramatic sculpture by Gerry Judah - who has been designing the FoS sculptures for 18 years.

This year Judah’s design featured a homage to Mazda’s ‘Soul in Motion’ tagline, with 720 metal beams twisting and twirling into the sky above Goodwood House with two Mazda models, the rotary-engined 787B Le Mans racer and the LM55 Gran Turismo Vision concept, sitting atop the structure.

One thing that makes Goodwood Festival of Speed stand out is the huge variety of makes, models and marques on show, from drift cars and MotoGP bikes to the Porsche 919 Hybrid that only two weeks earlier had taken the title at Le Mans - and still had the bugs on the windscreen to prove it. There really is something for everyone.

Many delectable vehicles made an appearance this year, with the Michelin Supercar Paddock stacked to the brim with million-pound models for the public to come and lust over. The LaFerrari hypercar returned to Goodwood for the second year running by popular demand, Aston Martin showcased its Vulcan model and the Koenigsegg Regera made an appearance, much to the delight of the crowds.

The Michelin Supercar Run is definitely a sight not to be missed during the four-day event, when millions of pounds worth of supercars from around the world line up to hit the track.

The delights were not just limited to the roads at this year's FoS, with the Red Arrows wowing the crowds with a particularly impressive display. The arrival of the Eurofighter Typhoon jet was another highlight, with its state-of-the-art capabilities thrilling the crowd during its aerial display. Most of the Sussex countryside probably heard it too!

It was back down to earth with a bang, however, thanks to the huge display of incredible motoring prowess seen throughout the event. James Deane, the Extreme Drift Allstars European Champion stunned the crowd in a Nissan 200SX S14 drift car, while Ken Block put on an impressive display in his custom-built Mustang - exactly what we’ve come to expect from the professional rally-driving megastar. 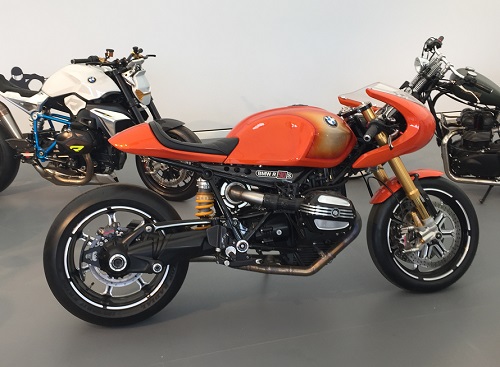 Another famous face to show up at this year’s festival was Valentino Rossi, making his FoS debut after winning the Dutch Grand Prix the day before. He took to his Yamaha YZR-M1 bike for the hill climb before getting behind the wheel of a Mazda and a Porsche to hit the track in style - much to the delight of the crowds.

Another serious crowd pleaser was world renowned stunt driver Terry Grant, who smashed his own record for driving one mile on two wheels in his Nissan Juke RS Nismo. At this year’s FoS Grant achieved an incredible record-breaking time of just 2 minutes 11 seconds, piloting his Nissan around the entire 1.16mi course and across the finish line on two wheels. As you can imagine, this impressive display was the talk of the festival. Who’d have a thought a Nissan Juke would be one of the stars of the show?

A firm favourite and Goodwood FoS tradition is the Bonhams’ Festival Sale, which saw some serious money being exchanged this year. According to Red Bull, one of the big sellers of the event was a 1935 Aston Martin ‘Ulster’, which sold for £2,913,500. Another hit was the Mercedes-Benz CLK-GTR Roadster that went for £1,513,500.

According to the Telegraph more than 180,000 people graced the grounds of the Goodwood Estate from the 25th - 28th June to celebrate one of the greatest motoring events in the world, and no one left disappointed.

There’s a reason that the Goodwood Festival of Speed is widely recognised as one of the best motor shows on earth, gathering the best of the past and present from the motoring industry together in a four-day celebration of all things sleek, stylish, speedy and striking. We’ll see you in Sussex next year.