There’s less than a month to go before the London Classic Car Show comes to the ExCeL in London… and the show’s guest of honour has been announced.

And what a guest of honour it is.

Legendary racing driver Jacky Ickx will be making his way to the incredible celebration of classic cars which takes place February 23-26.

A true legend
Jacky is one of motorsport’s all-time greats, and his victories speak for themselves: 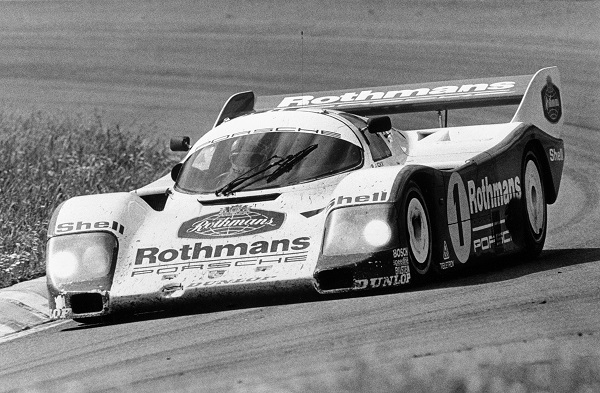 The two greats will be teaming up once again to talk about their remarkable careers, along with a display to show off some of Ickx’s most iconic cars.

And as if Ickx and Bell weren’t enough, 2 other Le Mans legends will be making an appearance at the Gala Evening on Thursday 23 – Emanuele Pirro and Jürgen Barth. Between the 4 of them, that’s 17 Le Mans wins on one stage!

Where can you see Ickx?
Jacky has got a busy timetable at the show, here’s everything he’s up to:

• At 12:00 on Thursday 23, the Belgian will launch the inaugural Historic Motorsport International, a brand new celebration of motorsport that runs alongside the main event.
• At 3pm, he races his way back to the London Classic Car Show itself, and he’ll appear on stage on Thursday and Friday (23 – 24) to talk about his own impact of motorsport history.
• Alongside all of this, a display featuring Jacky’s greatest ever cars will be taking place, as well as a celebration of 70 years of Ferrari.

It’s not just classic car fans that are excited about the show – Jacky is too!

When speaking to the London Classic Car Show, Jacky said: “This is a huge privilege for me to be a guest of honour at these two shows in the heart of London. Whether it was winning Le Mans three times with Derek or competing at Silverstone and Brands Hatch, I have always had a wonderful relationship with the British racing community and that’s why I am so thrilled to have these very special dates in my diary.”