You might well expect a legendary 1960s psychedelic soul singer’s classic car to be, well, psychedelic.

But a first glimpse of Janis Joplin’s Porsche 356C is guaranteed to raise even the most grounded of eyebrows.

That’s why experts expect the 1600 Cabriolet to be in big demand when it comes up for auction later this year. 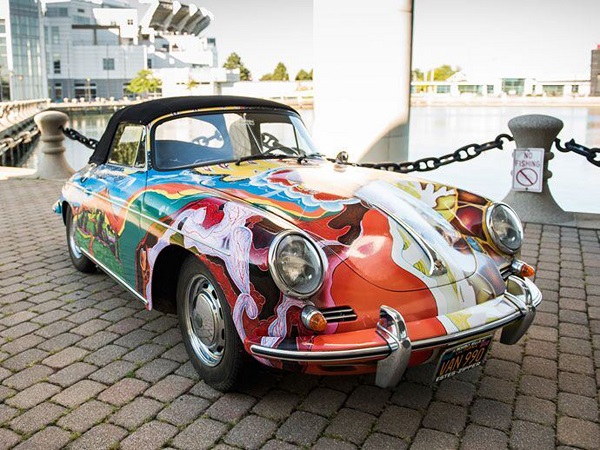 What’s so good about it?

Individuality: Even in a decade where distinctiveness seemed the norm, this vibrant motor stands out from the crowd.

Joplin got her used car customised to depict the universe’s life story, including pictures of jellyfish, butterflies and even the singing star herself. 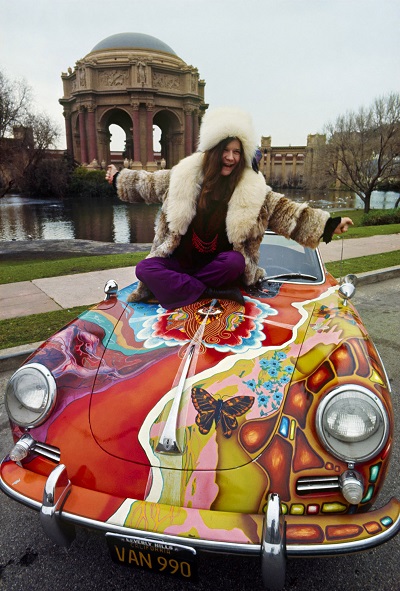 Where can I bid for it?

The date: The evening of Thursday, December 10

What the expert says: Ian Kelleher, RM Sotheby managing director, says Joplin’s classic is undeniably among history’s most significant Porsches. He says this “fantastic” machine cuts across all pop culture, art and social movements and is on a par with Joplin herself as a “stunning” ground-breaker

But be advised: you’ll need pockets as deep as your love for classic Porsches and psychedelic soul and blues rock. That’s because experts have valued the mind-bending motor at over £260,000.

If you have a classic Porsche, protect your pride and joy with our classic car insurance policies.

Why not join up with other passionate Porsche-fans and find out more about The Porsche club of GB.