Jubilee Puts The ‘Silver’ In Silverstone

Last month the Silverstone Classic celebrated its silver jubilee - so what better way to mark its 25th birthday than looking at the iconic event in numbers?

July 24-26 would see the Northamptonshire Grand Prix venue host its biggest and best event yet. And these handy figures will arm you with all you need...

12 - Sunday date in August you should get your Sky+ set for to relive the highlights of the Classic. It’s being screened for the first time at 8pm on ITV4, before airing a further three times 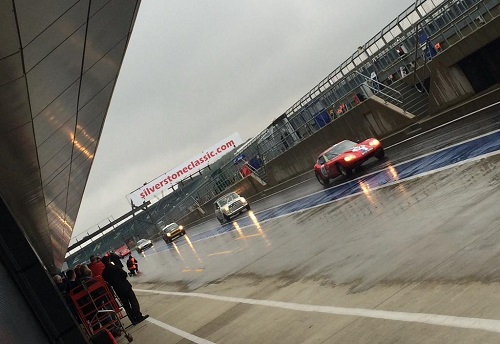 20 - amount of classic races across the historical spectrum this year

25 - number of years the event celebrated last month. It was Britain’s first-ever historic car racing festival when it launched

40 - height in metres of Jet Village Green’s giant wheel (that’s 131ft 2in in old money) affording panoramic vistas over Silverstone, included in the price of an admission ticket

44 - this year showcased an unparalleled number of entries, dating from the nostalgic 3-litre era of Formula One

75 - years since the world-famous Battle of Britain, which is being marked by two special races and a memorial flypast

1,125 - number of entrants in 2014, making it historically the world’s largest-ever race meet of any kind

100,000 - attendance figure the event is expected to break for the first time in its history

6,400,000 - estimated amount of pounds being splashed out on classic vehicles at Silverstone Auctions during the weekend

*All stats are provided by the press team at the Silverstone Classic.