La Vie en Bleu, the eleventh annual pageant of French motoring excellence, will take place at the Prescott Hill Climb on Saturday 27th and Sunday 28th May. This year’s edition will be incorporating La Vita Rossa and is an event in the motoring calendar you won’t want to miss. The paddock will be filled with a celebration of both French and Italian classic and performance cars.

Perhaps the most spectacular car in attendance will be the new Bugatti Chiron, which will be making its debut appearance at Prescott this year. Successor of the Veyron, which was named in honour after the French Grand Prix driver Pierre Veyron, the Chiron is the world’s fastest supercar and is christened after Louis Chiron. It will be showcased to crowds in demonstration runs over the two days. The Chiron is remarkable – it is capable of 261 mph, 1479 bhp and features an impressively huge 8 litre W16 engine. Considering Prescott is also home to the Bugatti Owner’s Club, who Footman James are proud to be an insurance partner of, it is the ideal setting to unveil the new Chiron. 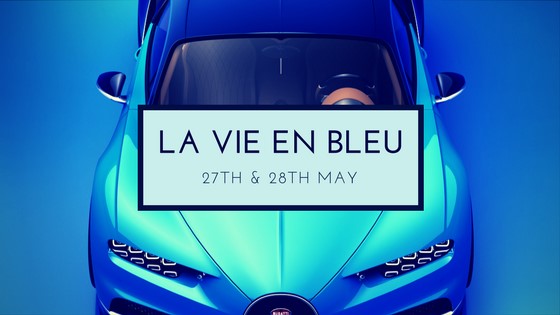 However, the Chiron won’t be the only incredible Bugatti on display – there will be a plethora of classic Bugatti’s, a Veyron Supersport as well as the EB110.

Concurrently an insightful exhibition will open on the 27th May at the Bugatti Trust: ‘Chiron – The Man‘, which will celebrate both the life and racing career of one of Bugatti’s most famous drivers, Louis Chiron. The Bugatti Trust exhibition will include authentic Grand Prix cars from the period, photographs taken throughout his career and will also document his rise to becoming one of the original Grand Prix greats. There will also be an homage to the ‘Bugatti Queen’ Hellé Nice, a contemporary of Chiron.

As if that wasn’t enough to tempt you, there is a large list of other events to persuade. There will be special competition classes for both French and Italian marques, alongside the Ferrari Hill Climb Championship on the Saturday.

The paddock will be filled with an array of supercars and iconic classic cars. On the Sunday, there will be a special appearance from the Ferrari 250 GT SWB Berlinetta, chassis #2735. Arguably one of the most significant 250 SWB’s in the world – the Rob Walker paint and adornment of the no.7 will forever link it to Sir Stirling Moss, who raced the car throughout the latter years of his career. There will also be a 1969 Lamborghini Miura S, originally delivered to 60’s supermodel Twiggy. It features a rare right-hand drive painted in the colour scheme she desired, Lime with Orange. At the time of its debut, it was the fastest production car in the world. Also, returning will be the sterling ‘Beat of Turin’ – a Fiat S75, one of the only surviving examples of a pair of land speed record contenders the Italian automaker built before WWI. Though it is archaic, it’s 28.5-litre engine is capable of impressive 300bhp - enough to propel the car to 116 mph, and a one-mile land speed record, in 1911!

To find out further information about other activities taking place over the weekend, or to buy tickets visit https://www.prescott-hillclimb.com/events/la-vie-en-bleu-2017