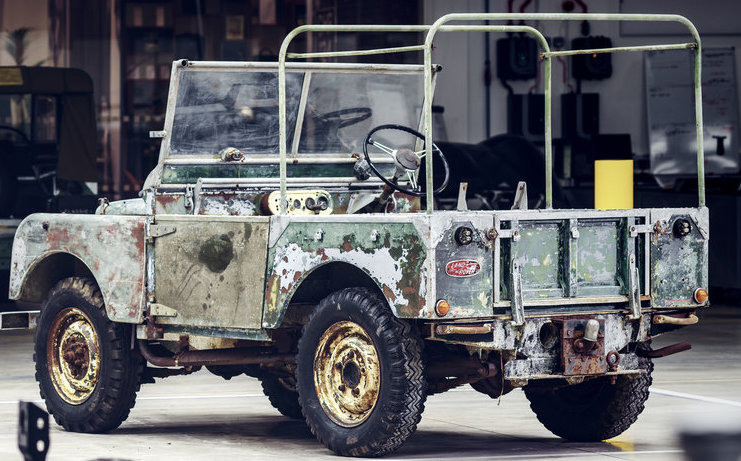 Celebrating seven decades of automotive icons, Land Rover is marking its anniversary with a series of events, starting with the restoration of the four-wheel drive that started it all.

Missing for 63 years, this classic original is one of the three 1948 pre-production Land Rovers launched at the Amsterdam Motor Show of the same year.

Tim Hannig, director of Jaguar Land Rover Classic, said: “This Land Rover is an irreplaceable piece of world automotive history and is as historically important as ‘Huey’, the first pre-production Land Rover."

“There is something charming about the fact that exactly 70 years ago this vehicle would have been undergoing its final adjustments before being prepared for the 1948 Amsterdam Motor Show launch – where the world first saw the shape that’s now immediately recognised as a Land Rover.”

The post-war 4WD’s whereabouts have been a mystery for many years. It was last seen in the early 1960s while last on the road as a demonstration vehicle from the Dutch show.

It is now known that the vintage model spent 20 years in a field in Wales and was picked up by an enthusiast who was looking to restore the motor, but never got round to doing so.

Jaguar Land Rover Classic experts spent months scouring company archives to track down the current owner of the antique, finding it languishing unfinished in a garden, just a few miles outside of Solihull.

The 4x4 will now be restored to its former glory by Jaguar Land Rover Classic Works in Coventry.

The original light green paint that was applied in 1948 will be preserved in the landmark project.

A galvanised chassis, thicker aluminium alloy body panels and a removable rear tub – unique to the pre-production models – will also be restored, as part of the dedicated process.

“Beginning its sympathetic restoration here at Classic Works, where we can ensure it’s put back together precisely as it’s meant to be, is a fitting way to start Land Rover’s 70th anniversary year,” added Mr Hannig.

Do you own a classic Land Rover? Check out our classic car insurance here.