Lotus will be joining Bentley, Morgan, Jaguar and Aston Martin in the Footman James Concours d'Elegance at this year's Chateau Impney Hill Climb. 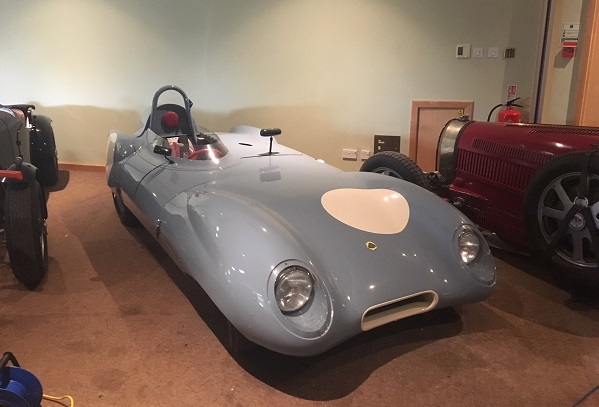 Pictured above is the first model to join the event - a 1957 Lotus 11. This model was one of the most successful cars in the 1100cc competition class during the mid to late 1950s, but only 270 of the cars were ever made. The 11 though is perhaps most famous for reaching a world record 143mph during a lap at Monza with Sir Stirling Moss behind the wheel.

The next model joining the Concours takes us into the 21st century with a 2005 Lotus Exige S2. The Exige was dramatically unveiled at the Geneva Motor Show and was one of the first production road cars that exploited the use of aerodynamic downforce. It's predecessor, the Elise, could only muster 5.9kg of downforce at 100mph, while this model can generate 45kg worth! With a top speed of 147mph, the Exige can achieve 0-100mph in just 12.9 seconds and will be making its competitive debut later this year.

You can visit the Footman James Concours d'Elegance, and vote for your winner, at the Chateau Impney Hill Climb on 7th and 8th July. Tickets are on sale now and if you purchase advance tickets online you can get 10% off with the code FJ18.