“Awesome” can sometimes seem like an overused word in the motoring business.

But a 60-year-old Merc coming up for sale this weekend has no need for hyperbole.

Few classic sports cars on the market are as pioneering, rare or coveted as the 1955 300 SL “Gullwing”.

Auctioneers are valuing it from £925,000 to £1.1 million. But experts predict that a bid of more than £1 million will be needed to take home this design treasure. 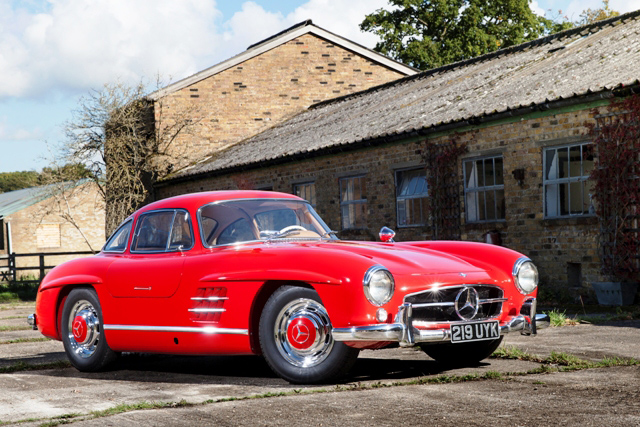 What the lucky bidder will get

More popular than ever

Mercedes 300 SLs have been having a fair bit of success on the auction scene recently, with some even going for around £1 million.

Where can I bid for the gull-wing?

The Historics at Brooklands Specialist Classic and Sports Car auction starts at 12.30pm on Saturday November 28 at the Brooklands Museum Trust in Weybridge, Surrey.

What other cars are up for auction?