We are delighted to announce that Morgan has been named as the next marque to feature in our Footman James Concours d’Elegance at this year’s Chateau Impney Hill Climb.

Footman James has sponsored the Concours for the past 3 years and this year we have set the theme as Best of British. Over the weekend, visitors will get the chance to have their say on what they believe defines Britain the most by completing a small voting card on the day at the Concours.

Each vehicle on display will battle it out against a selection of other British marques all in aim to win the title of ‘Best of British’; the marques taking part include: Jaguar, Bentley, Lotus and Aston Martin. The contestants competing on behalf of Morgan will be the 1930 Morgan Family 4-seater open top (pictured above) and the brand-new Morgan Aero GT.

The 1930 Morgan Family, which is now worth approximately £20,000, will be flaunting its traditional racing green coat on the day to grab your votes. In the last 18 months alone, this vintage Morgan has won its class in the 2017 VSCC Measham Rally and has competed in numerous sprints and hill climbs during this time; reaching speeds of up to 55mph. 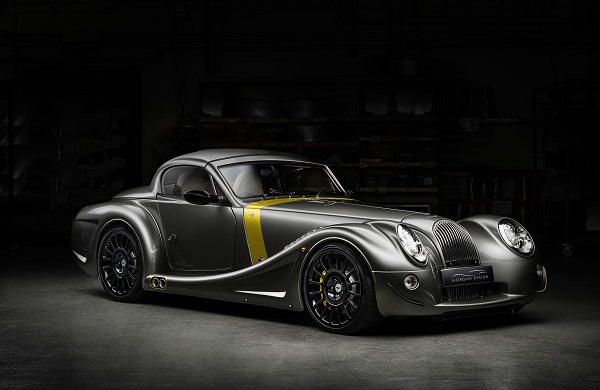 Also representing Morgan, is the stunningly designed Morgan Aero GT. It is one of just eight ever produced and unlike the Morgan Family, can reach speeds up to 170mph. This limited-edition GT was specially commissioned for the Managing Director of Morgan, Steve Morris, who believes that the Morgan Motor Company ‘is a firm that has become an icon of British car manufacturing’.

The Morgan Motor Company is a family-owned manufacturer who still produce all their cars by hand and are famous across the globe for their unique craftsmanship and heritage. Morgan’s philosophy has remained unchanged over the past 100 years, from research and design to the trimming and painting. Will Morgan get your vote?

Make your decision and head down to the Chateau Impney Hill Climb on the 7th-8th July 2018, the tickets are on sale now!  Have the extra benefit of a 10% discount by using our Footman James discount code FJ18.

Get up to speed with what vehicles are representing Jaguar and stay tuned as we will be revealing the other ‘Best of British’ contestants in the following weeks.

We look forward to seeing you at the show!