A Morris Traveller’s Journey to the Perfect Restoration

British style guru Vidal Sassoon once said: “The only place where success comes before work is in a dictionary.”

So it is with a proper restoration job.

We recently gave away the competition prize of a painstakingly restored 1968 Morris Minor Traveller De-Luxe.

This was in conjunction with Classics Monthly magazine at the NEC Classic Motor Show.

The 21-month project has given wannabe restorers an insight into how demanding and ultimately rewarding such an undertaking can be.

Every long journey must start with one single step. In this case that step was in February 2014 at the NEC Birmingham... 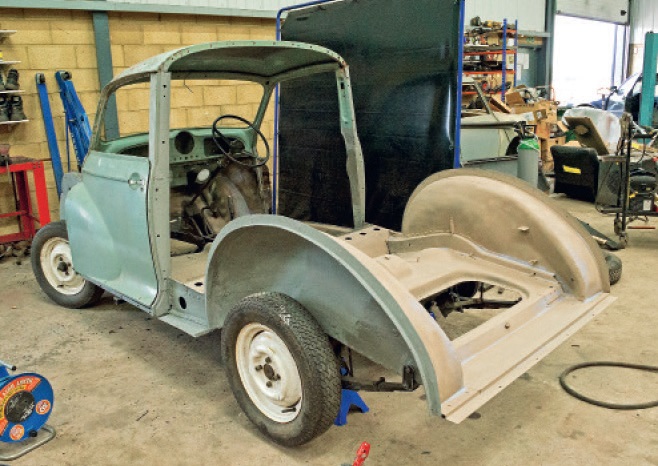 Uncovering a can of worms

The contest was launched at the NEC Classic Motor Show with a strip-down of the car in front of a live audience.

This saw engine ancillaries, wings and the interior completely removed. Next it was the roof panel and back bodywork.

This, and other work, revealed the daunting extent of the task ahead:

The project then seemed like painting the Forth Bridge with an apparent domino effect at every turn.

The wheel arch job unearthed the need for some serious welding on the back spring hanger.

Good news at last. The alignment of the bodywork and chassis seemed fine.

The decaying B and A-pillars presented fresh challenges. Extra-special care was needed after welding and cutting to make sure that every single nut and bracket were precisely where they should be. 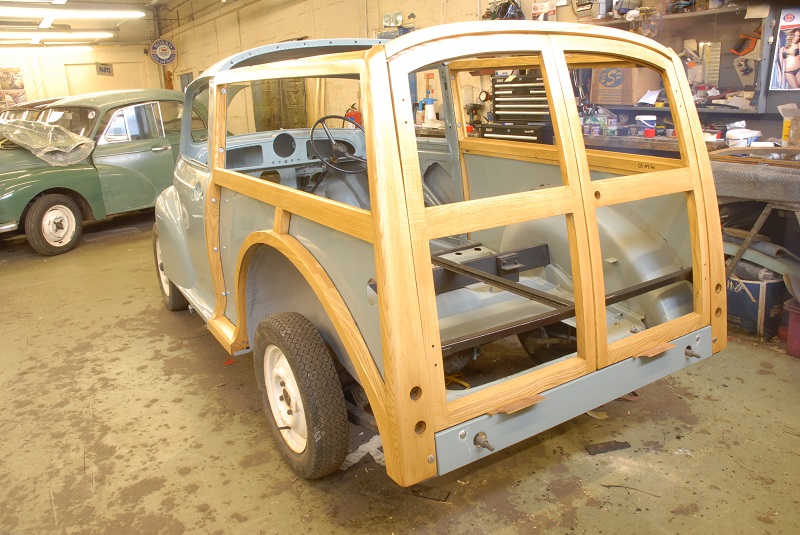 The Traveller was rolled on its side for further welding on its floor pan A-pillar and sill.

Job done, this marked the final bodywork repair, leaving it ready to be primed for paintwork.

They say out of sight, out of mind. But the restorers knew that these are the areas which rot most. Cue a zinc-heavy primer.

Door panel welding meant the door skins wouldn’t have to be replaced, so that was one job less to worry about.

The Traveller returned from the painters. Now it was really taking shape.

Ware prepared the fresh wooden frame. Sikkens Cetol sealed the wood and safeguarded it from the worst that UV light can throw at it.

Our restorers had suffered the consequences of others not aligning bits and pieces properly.

That was why - after the wooden frame was back on the car - the roof was nailed into position with Swiss watch precision. 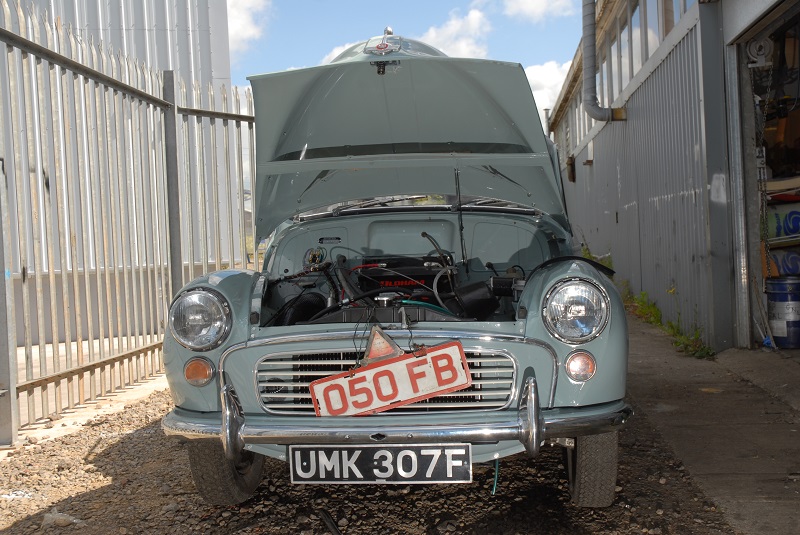 Next came the engine, which benefitted from:

Next, work was started on the inside trimming.

Then came the carpets, door cards and back load lining. Voila! It was mission accomplished... well, almost.

First, there was the potentially nerve-wracking test drive, its first voyage for goodness-knows how many years.

The drive was smooth and successful. Now all that was left was for Classic Monthly’s editor-in-chief to collect the car from Ware to deliver to lucky winner, Kirsty Thorp.

Potted history of the Morris Minor