Most Expensive Motorcycles To Sell At Auction 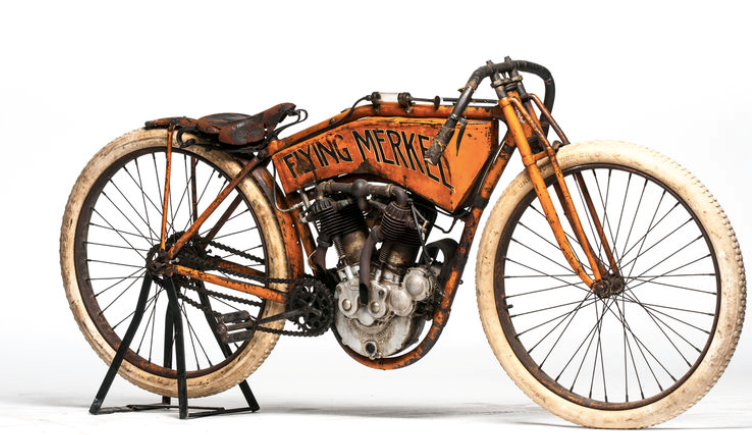 Deciding to splash out on a classic marque should never be taken lightly – especially if that decision could see you forking out hundreds of thousands of pounds on a passion purchase. Here are the top 10 most valuable motorbikes to go under the hammer…

1.    1976 Captain America Harley-Davidson, £836,337
Emblazoned with stars, stripes and shiny chrome, Harley-Davidson’s Captain America, from the 1969 classic film Easy Rider, is every bit the American dream.  Although it smashed through every motorcycle auction record, the tale is a little more complex than just one man and his bike. Owner Michael Eisenberg decided to auction the legendary bike in October 2014, and it raised a cool $1.35 million – the highest amount ever paid for a motorbike. But shortly after the sale, the authenticity of the classic was called into question when Texan Gordon Granger claimed that he was in possession of the true Captain America. To-ing and fro-ing ensued, with both parties attempting to prove that they had their hands on the original. Although rumour has it that the sale was nullified, the auction house confirmed it had been finalised, so official records suggest the star-spangled Harley is the most expensive motorcycle ever sold.

2.    1915 Cyclone Board Track Racer, £573,600
Owned by none other than Steve McQueen. Buyers couldn’t wait to get their hands on this rare classic marque, one of just six in existence. Selling for a handsome sum of $852,500 at a Las Vegas auction, the 1915 vintage bike became the highest priced motorbike in existence. That is, until Captain America stole its mantle. With just a 45bhp engine, reaching speeds of 115mph was a massive achievement for a motorcycle of that time.

4.    1910 Winchester 6 HP, £360,500
Between 1909 and 1911, the Edwin F. Merry Company produced just 200 Winchester 6HPs. More than a century afterwards, this 1910 model is one of the last remaining two in existence. The name Winchester is synonymous with the making of guns, so it comes as no surprise that this sterling example was bought by an anonymous gun collector for $580,000.

6.    The 1925 Brough Superior SS100, £315,100
This bike was a replica of the motorcycle ridden by record-breaking racer George Brough, during the Alpine Trail speed race in Austria in 1925. In total, Brough won six trophies on his machine, including one for best performance. This model was another Bonhams sale, going under the hammer in London for £315,000 in November 2014.