If you love Jags or Astons, then you’re in for a treat this year as Beaulieu adds two new rallies to its programme of popular Simply events.

Described as super days out in the grounds of the National Motor Museum (NMM), the rallies are aimed at enthusiasts and owners alike.

The Simply Aston Martin rally will launch the 2016 series on Sunday April 10. So whether your Aston is a charming classic or a more modern machine, or you’re just in love with the brand, consider yourself invited. 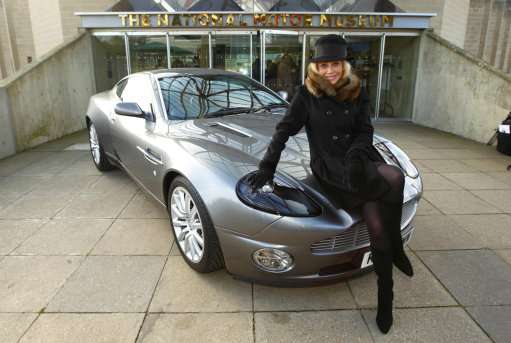 Jag fanatics only have to wait four weeks afterwards to get their turn on May 8. This new event is a great chance for owners to flaunt saloons and sports cars alike, and for visitors to enjoy everything on show.

If you can’t make either of the two new races, there are still plenty of other events for you to enjoy. These include:

June 5 - Simply Porsche: Owners of machines made by the top-end brand turned out in force for the 2015 event with help from The Independent Porsche Enthusiasts’ Club (TIPEC).

June 26 - Simply VW: This was last year’s newbie. Organisers expect a repeat of the 2015 curtain-raiser when 550 Volkswagens came out to play. Everything from T4s to Sciroccos and Golfs were on show, while traditionalists flaunted their Beetles, Type-2 campers and other air-cooled classics.

August 7 - Simply Land Rover: Do you own a Range Rover, County, Discovery, Defender or a Series I, Series II or Series III? Then August is the chance for you to get out your 4X4 and join the party.