Only Fools and Horses Jaguar goes up for sale 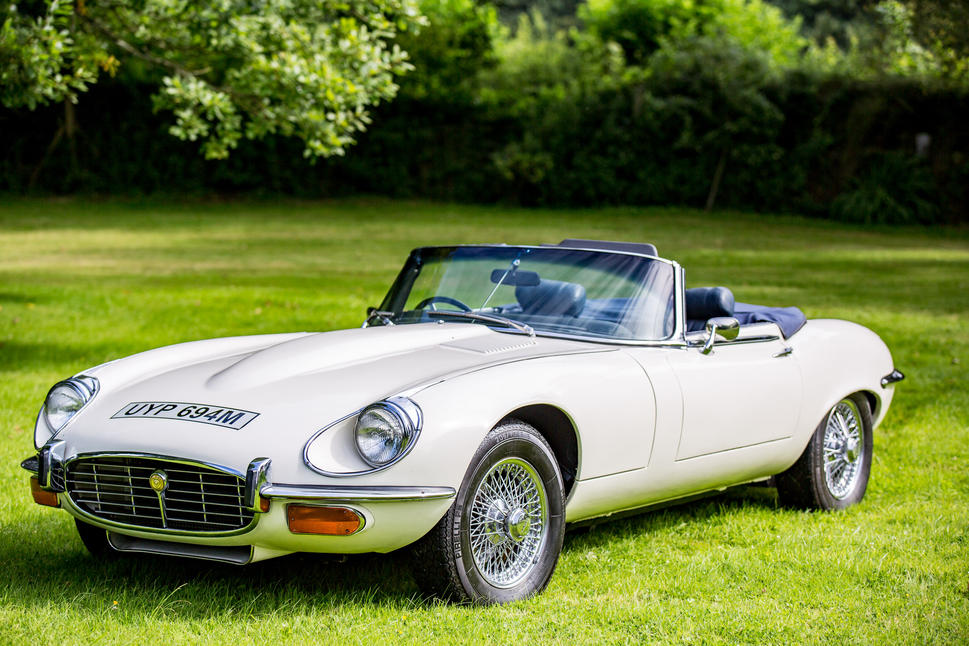 Only a fool would miss the chance to own a stunning Jaguar going up for auction next month.

The lovely-jubbly V12 1973 E-type Series III starred in the second ever episode of Only Fools and Horses and is expected to fetch up to £85,000 at the sale.

Beloved character Boycie, played by John Challis, made his debut on the long-running programme in the episode Go West Young Man in September 1981.

And fans of the show will also want to get their hands on the model E-type signed by John Challis and David Jason, which will be included in the sale.

In the episode, Boycie had recently bought the car and ill-advisedly lent it to Del Boy and Rodney for safekeeping.

The pair are rear-ended in it by a faulty Ford Cortina that they had sold earlier to an unsuspecting buyer.
However, the car was not damaged during filming as the accident was staged.

The car will go under the hammer at the Salon Prive auction at Blenheim Palace on September 3.
The majority of the car is original apart from an updated hood, wheels and some small aesthetic changes. It is in a good condition after spending 10 years in storage.

Since the filming, the PVC hood has been replaced with a more upmarket mohair version, and wire-spoked wheels have been fitted instead of the alloys that appeared on-screen.

The white wall tyres have also been replaced with modern rubber and the vehicle has new shock absorbers and a fresh battery.

When asked about his time filming with the car, John Challis said: “It’s only E-Type Jaguars and Adam Peaty that makes me proud to be British these days,” paraphrasing one of his original lines from the episode and alluding to the recent British success at the Rio Olympics.