The Practical Classics Restoration Show returned to the NEC Birmingham on the 23-25th March 2018 and once again it was a show not to be missed.

Over the past few weeks we have been working with Practical Classics to find Britain’s Best Classic Destination and at the show we revealed the top ten destinations as voted for by the public. But that wasn’t all; over the course of the weekend, we also asked visitors to plot their favourite route that allowed us to visit all of the top ten finalists, from The Kelpies in Scotland to Moretonhampstead Motor Museum in the heart of Devon.

The Newest Member of the FJ Team 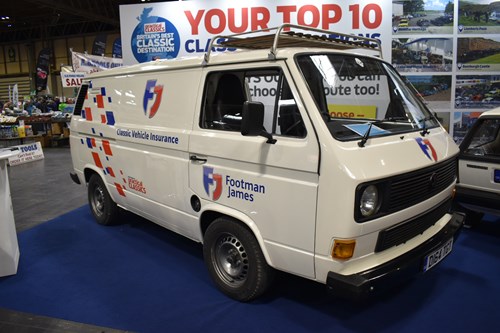 On the Footman James stand we were extremely excited to introduce our beautifully restored VW T25 show van and our little VW Polo trailer! After purchasing the T25 earlier this year, the teams from Practical Classics and CBR Motor Bodies had the challenge of restoring the classic vehicle in time for the show.

Visitors that attended on the Friday could see all the work that had been completed and joined us on our stand for a live decal, as our plain white T25 got fully dressed in our iconic blue and red FJ colours.

Practical Classics Restorer of the Year 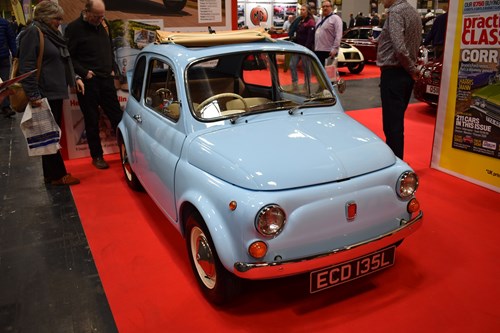 At 11:30 on the Friday, the Practical Classics Restorer of the Year was announced. Colin Hitchcock was the well-deserved winner of the competition and he was presented with the Golden Spanner award for his restoration of the baby blue 1973 Fiat 500L.

When Hitchcock first purchased the project, he was on a mission to complete the restoration with the help from his family. Even his 12-year-old son Nathan got his hands dirty; which just goes to show that you can never be too young to get involved in the classic industry! 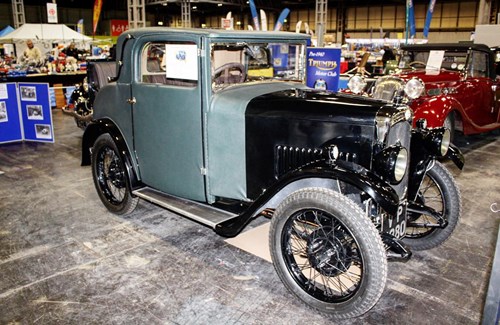 One of the main reasons we love the Practical Classics Restoration Show is the number of clubs that take part and bring interesting vehicles that represents themselves as a classic car club. One of these clubs was the Triumph Motor Club. The club had a collection of fantastic classic cars, but the one that stood out for us was the rare 1928 Hoyal Bodied Triumph Super Seven – believed to be the only one left in existence! 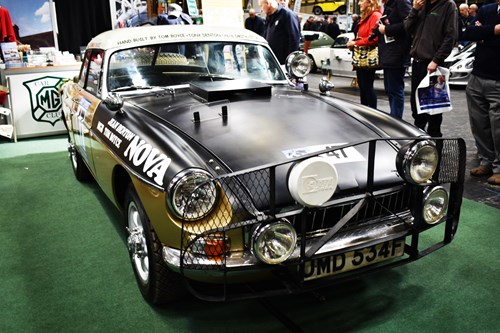 In 1968 the iconic rally MGB competed in the London to Sydney Marathon (10,00 miles in 10 days!) and it returned to the limelight 50 years later; thanks to volunteers at the MG Car Club MGB Register who helped restore the vehicle to its former glory after being rescued from a scrapyard. 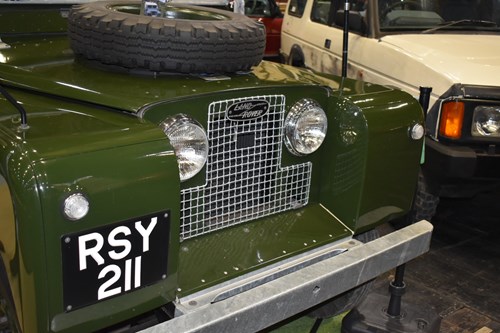 The Land Rover Series II Club were celebrating a special birthday at the show as the legendary Series II marks its 60th year. On display were two very special pre-production models with chassis numbers 0001 and 0002. 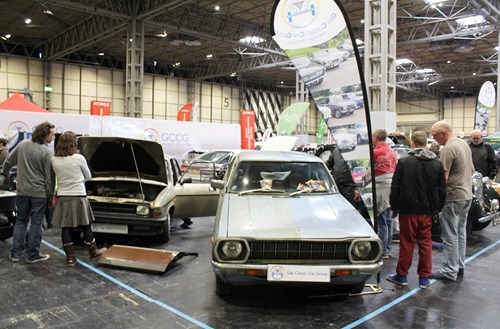 Members of the Gay Classic Car Group were busier than most at the show by working on eight cars simultaneously! These included a 1971 Lotus Europa, 1951 MG Y Series Saloon, 1980 Austin Allegro and a 1979 Datsun 120a F11 coupe.

Matt Ollman took the award home for Unsung Hero of the Year for his hard work and dedication to the Rootes Archive Centre Trust, and The International Club for Rolls-Royce & Bentley Enthusiasts took home the award for Best Stand & Car Club Display.

It was a fantastic evening celebrating the best and brightest in the industry.

Other highlights included the Practical Classics Live Stage which saw the team restore a Citroen 2CV over the three days of the show and The Workshop Stage which saw Skill Shack show visitors everything from lead loading to paint polishing.

The auto jumble was a popular attraction with restorers sifting through the stalls for spare parts, accessories and tools for their classic vehicle.

The Sporting Bears were also back with their Dream Rides Garage which offered visitors a 10-mile dream ride in a classic vehicle in exchange for a charitable donation. Cars available for a dream ride included a 740bhp Supercharged Mustang, a SS100 Jaguar and a Lotus Elise Europa.

For more highlights of the show, look at our Practical Classics Restoration Show 2018 Gallery.