RAC to go vintage at the Chateau Impney Hill Climb 2018

The Footman James Concours d’Elegance is an area of the Chateau Impney Hill Climb that people look forward to every year.

This year’s theme for the concours is ‘Best of British’, where British marques will be battling it out with each other by displaying examples of their classic and modern vehicles.

Footman James breakdown partner, RAC, will also be joining the action as they display how their vehicles have adapted with the times.

Although the two vehicles will not be taking part in the competition to win the concours crown, these vehicles will be a fascinating trip down memory lane for visitors. 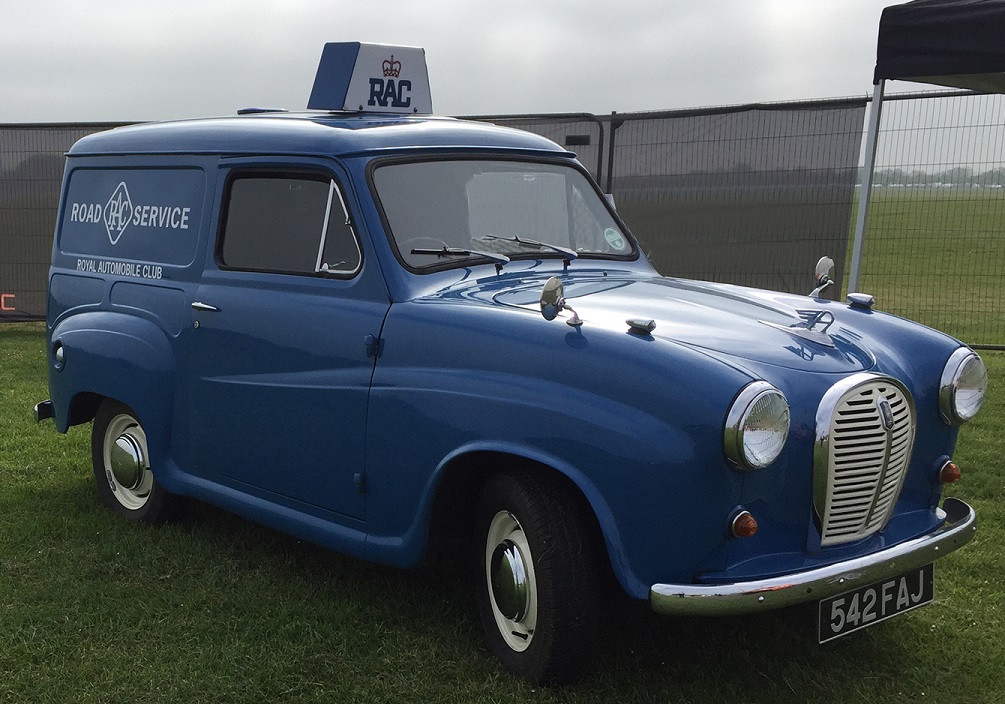 The first vehicle is the RAC’s Austin A35. This was one of the four-wheeled vans that replaced the RAC motorcycles previously used by their Patrol Services. From 1960-1967 Austin 35s were allocated to Supervising Officers.

During the 1960s RAC officers would cover around 25,000 miles a year, supervising road patrols, and the A35 proved to be very reliable and easy to service.

Due to the vans being spacious, these vehicles were predominantly used by RAC Signage Officers who were responsible for transporting and displaying road signs.

The Austin A35 came in many different shapes and sizes, including a Countryman Estate, two and four-door family saloons and a van.

In 1956, the A35 van and the A35 saloon were launched at the same time. As part of their marketing campaign, the RAC observed the saloon over a 500-mile run to monitor fuel economy, it achieved 41.5 miles to an imperial gallon.

During 1962, an MKII version of the van was introduced as the A35 (AV6) 5-cwt van The AV6 introduced some minor changes to the A35 including flashing indicators and a waisted strip, and during the 6 months it was in production, 13,000 rolled off the production line. It proved to be popular in Britain as only 155 models were exported out of the country. Their vehicle is an AV8. 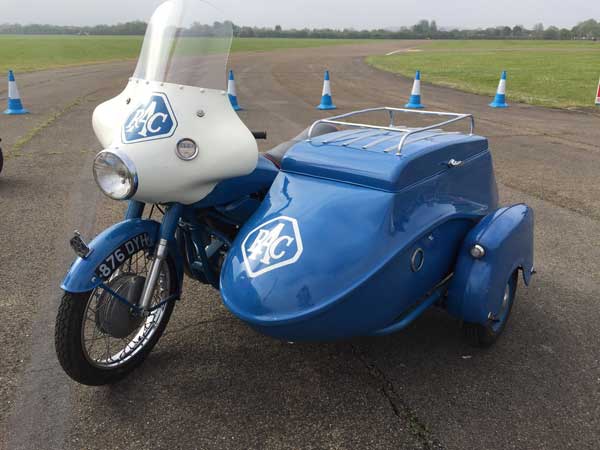 The Norton ES2 sidecar made its debut when it appeared at the Olympia Show back in 1927. Originally this classic bike was launched as a sports motorcycle when founded by James Landsdowne Norton in 1902. During this time, this Norton dominated the racing industry with its long stroke single engine.

From the beginning, the ES2 has had continuous modification to its gearbox, petrol tank and frame, with one of the most significant changes being the introduction of the Featherbed frame.

The Norton is coupled with a glass reinforced plastic Watsonian side car, which was specifically designed so that it could be used by the RAC’s Superintendents. Despite its ease of use, the motorcycle was soon phased out by the RAC at their Patrol Services favoured the mini-van. This soon lead to the production of the Norton ES2 ceasing in 1964.

The RAC will be present over the 7-8 July at the Chateau Impney Hill Climb. If you have any questions regarding the RAC or their Breakdown service, our Footman James staff are more than happy to talk to you about  this under FJ Rescue.

Don't forget that you can also vote for your favourite British marque in the Footman James Concours d’Elegance line-up!

Look forward to seeing you there.